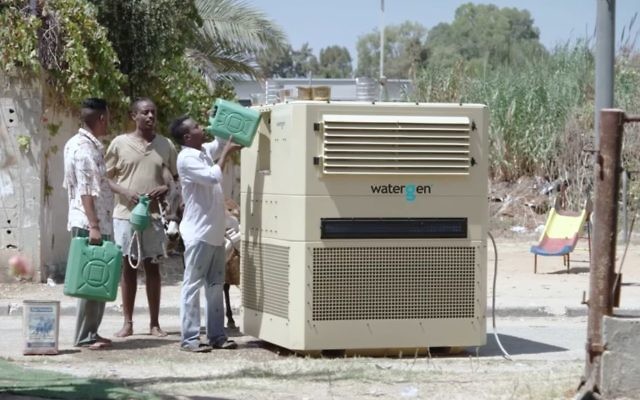 Water-Gen, a startup that transforms air into drinkable water, and seven other Israeli startups, in the fields of self-driving cars, cybersecurity, software, energy and environment, satellite and sensors, were among the 61 companies listed as technology pioneers by the World Economic Forum. Israel had the second largest number of companies on the list, ranking second after the US.

XM Cyber, based in Herzliya, which has developed software that identifies and exposes attacks;

Aqua Security, based in Ramat Gan, a cybersecurity firm that seeks to increase security of software containers and prevent suspicious activity in real time;

Precognize, based in Tirat Carmel, which developed predictive maintenance software for industrial plants; and Raycatch, based in Tel Aviv, which has developed a software application that allows remote and automatic detection and checks the performance of photovoltaic projects.

“The Technology Pioneers cohort of 2018 brings together 61 early-stage companies from around the world that are pioneering new technologies and innovations ranging from the use of artificial intelligence in drug discovery, the development of autonomous vehicles, advancing cybersecurity and reducing food waste, to applying blockchain to a decentralized engagement platform,” the World Economic Forum said, announcing the selected companies.