7 injured, including 2 infants, in Gaza rocket attack on central Israel 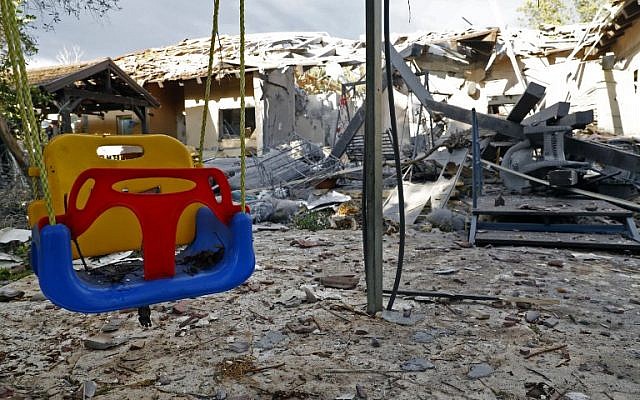 The attack triggered air raid sirens at approximately 5:20 a.m. throughout the Sharon and Emek Hefer regions north of Tel Aviv, the army said.

According to the military, the rocket was fired from the Gaza Strip, where earlier this month two rockets were also fired at Tel Aviv, in what was described at the time as an apparent “mistake” by the Hamas terror group.

The Iron Dome missile defense system did not appear to have been activated by the rocket attack. The military said it was still investigating the matter.

Police said the projectile early Monday struck a residential building in the community of Mishmeret, on the Sharon plain, causing it to catch fire. The shrapnel from the rocket attack also caused significant damage to the surrounding area, as fragments hit a gas tank outside the building.

Drone footage of the site showed that the majority of the structure, which contained two housing units, had been flattened by the strike.
There are fears that violence will ramp up this week, with Hamas hoping to draw hundreds of thousands of rioters to the fence over the weekend to mark a year of so-called March of Return protests, which began March 30, 2018.