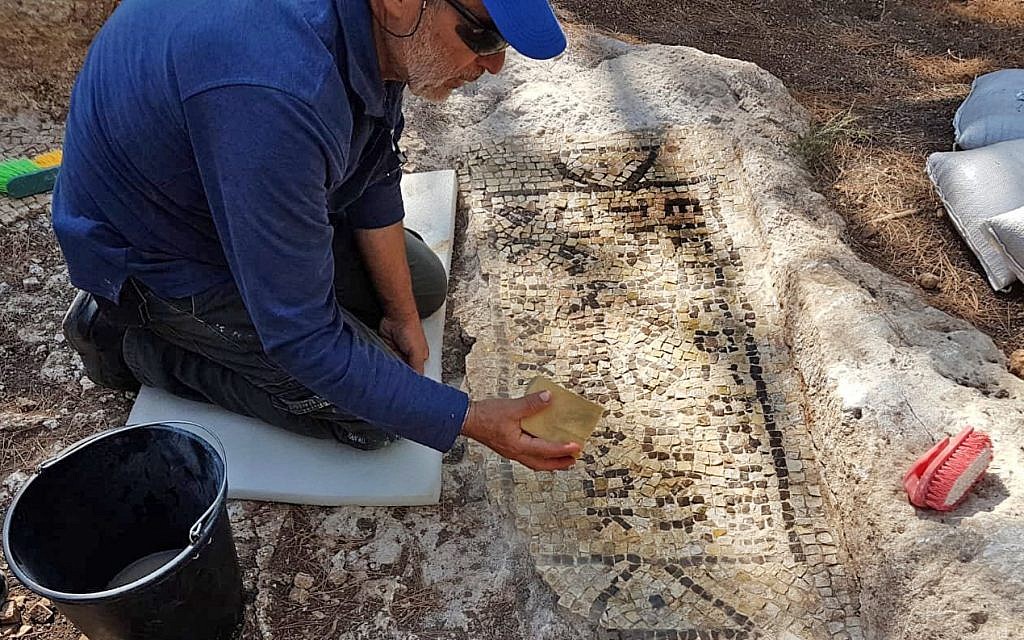 A salvage excavation ahead of the construction of a new neighborhood in the central Israel village of Tzur Natan has unearthed rare written evidence of much earlier occupation — 1,600 years earlier — when the agriculturally fertile area was racked by turmoil and rebellion.

Just outside an ancient wine press in the small southern Sharon Plain settlement, the Israel Antiquities Authority team discovered a well-preserved Greek inscription from the 5th century recording a blessing for one “Master Adios.”

According to Prof. Leah Di Segni of the Hebrew University of Jerusalem, who deciphered the inscription, the short inscription reads, “Only God help the beautiful property of Master Adios, amen.”

Archaeological and historical evidence point to Adios as being a wealthy Samaritan landowner. Previous excavations at the site have also uncovered an ancient Samaritan synagogue that was converted into a church in the 6th century — just after the height of the Samaritan settlement in the region.

The current excavation, which ended this week, was conducted on behalf of the Israel Lands Authority and headed by Dr. Hagit Torge, who has dug there previously. In addition to the wine press and inscription, her team discovered “stone quarries with rock-cut depressions used for cultivating grapevines, apparently part of Master Adios’s estate,” according to the IAA press release.

Master Adios would have been an elite member of the society, said Torge. “The location of the winepress is near the top of Tel Tzur Natan, where remains of a Samaritan synagogue were found with another inscription, and reveals Adios’ high status,” said Torge.