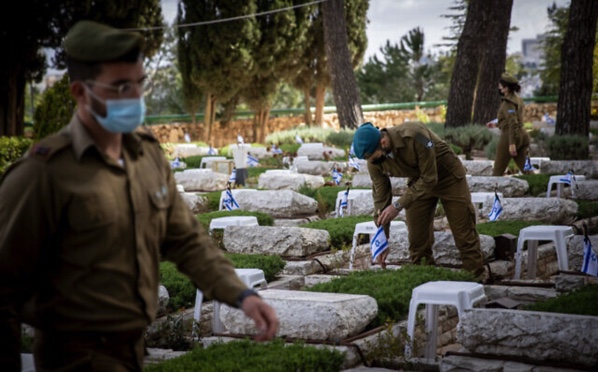 Fifty-six soldiers were killed during their military service since Israel’s last Memorial Day, according to figures released by the Defense Ministry on Friday.

Another 84 disabled veterans died due to complications from injuries sustained during their service.

The numbers brought the total to 24,068 of those who have died during service to the country since 1860.

The annual figures include all soldiers and police who died in the past year, whether as a result of accidents, illness, or suicide.

Israel’s Memorial Day will commence next Tuesday evening when a one-minute siren will blare across the country. On Wednesday morning, a two-minute siren will sound ahead of national memorial ceremonies at Israel’s 52 military cemeteries.

Memorial Day is one of Israel’s few national, non-religious holidays, during which large swaths of the Israeli public typically visit the graves of loved ones and comrades.