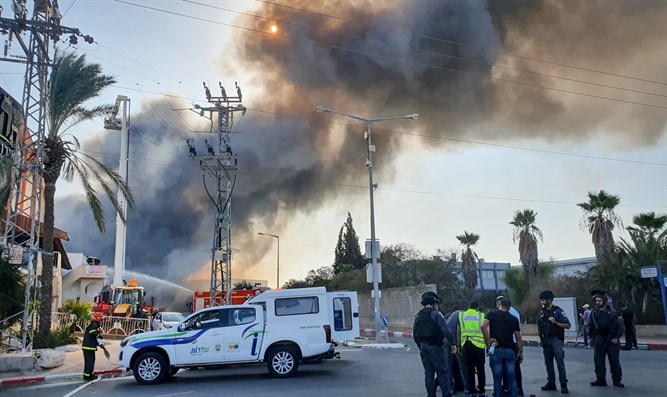 One victim, however, an 8-year-old girl from Holon, is currently listed in serious condition after she lost consciousness and collapsed en route to a bomb shelter Tuesday.

As of Wednesday morning, her condition is still severe and doctors at the Wolfson Hospital continue to fight for her life.

“When we arrived at the scene, we spotted an 8-year-old girl unconscious with no pulse and not breathing. We were told that at the time of the alarm, they went out to the stairwell to protect themselves and then she lost consciousness,” said MDA paramedic Andrei Yermayev.

“We gave her life-saving medical care that included advanced resuscitation, massages, respiration, electric shocks, and medication until her heart rate returned, and we stabilized her condition and then evacuated her to the hospital in serious and stable condition, anesthetized and on respiration,” Yarmiev described.