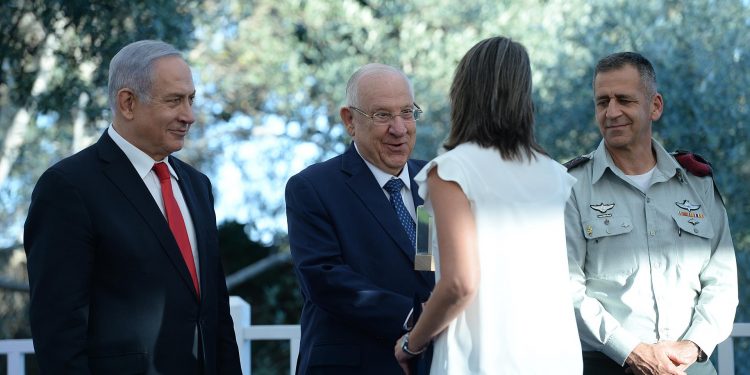 This year’s Israel Defense Prize was awarded to the IDF soldiers who exposed and neutralized tunnels Hezbollah had dug under the northern border; Mossad personnel involved in the “Iranian nuclear archive” operation in Tehran; the developers of the Spice 1000 weapons system; and the developers of a project for the Shin Bet security agency that has prevented numerous terrorist attacks.

The prize, named after Haganah commander Eliyahu Golomb, is awarded for projects and actions that made a special contribution to the defense of the nation and protecting its advantages on the battlefield, both in technology and operations.