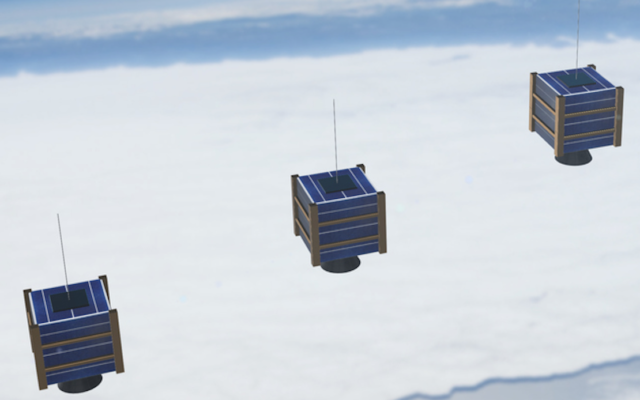 Israeli scientists are preparing to launch a trio of tiny satellites that will hurtle around earth every 90 minutes, using a total of just 1 gram of fuel per day.

The shoebox-sized nanosatellites will leave Earth from Kazakhstan aboard a Russian rocket at midday local time on Saturday, and will be launched from the rocket four hours later, 50 kilometers above the surface of the earth, for a three-year orbit.

The mastermind behind the operation is Pini Gurfil, an aerospace engineer whose father and grandparents were banished from Russia to Kazakhstan “just because they were rich Jews.” The Israeli-born professor, whose father immigrated to Israel in 1973, told The Times of Israel that launching his innovation from Kazakhstan feels like closure of the traumatic ordeal endured by his family, which ultimately killed his grandmother.

Israel has already staked a place in the growing field of nanosatellites with several single-satellite launches, including one last month. Gurfil’s team hopes the ambitious three-satellite plan will further bolster Israel’s standing in the global push toward tiny satellites.

The satellites are being launched to test whether a series of small satellites, instead of a single large satellite, can be used to monitor signals from emergency locator beacons used by ships, planes, explorers and hikers. If it is possible, researchers say, it could pave the way for much cheaper monitoring of these systems.

“This is a significant step forward for Israeli space research and technology,” said Gurfil, one of the Technion’s top space experts. “This opens new possibilities for locator beacons, and for the miniaturization of satellites which is an important focus internationally, and seen as a disruptive innovation.”