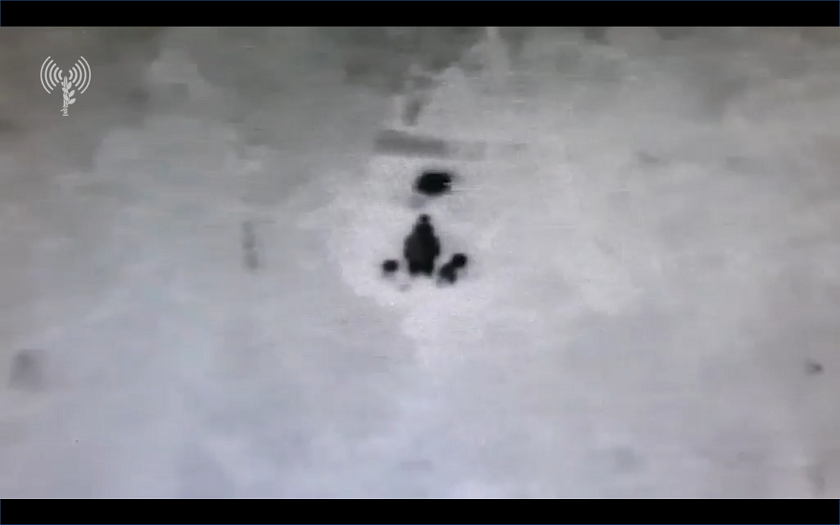 The IDF said its soldiers killed three Palestinian terrorists who crossed the Gaza security fence and threw an explosive device at troops on Tuesday.

The army said troops fired on three suspects who crossed the security fence and “hurled a grenade or an explosive device” at the soldiers. There was no immediate comment from Gaza authorities.

The incident along the Gaza frontier threatened to undermine efforts to reach an informal cease-fire between Israel and the Islamic terrorist group Hamas that rules the coastal enclave.

Earlier in the day, a senior Hamas official said that incendiary balloons Palestinians launched from the Gaza Strip recently were a signal to Israel to accelerate unofficial “understandings” meant to ease the blockade on the Hamas-ruled territory.

The resumption of incendiary balloons and other explosive devices flown across the border broke a month of calm that has largely prevailed since Hamas suspended its weekly riots along the Israeli-Gaza frontier.

The quiet is meant to bolster an informal truce between Israel and Hamas being negotiated by international mediators, mainly Egypt.

He said the balloons had been launched by disgruntled individuals, not Hamas. But he said his group was “satisfied” with the launches and is ready to send more “if the occupation doesn’t pick up the message.”

Israel and Egypt imposed a blockade on Gaza after Hamas, a terrorist group that seeks Israel’s destruction, forcibly seized control of the territory in 2007. The blockade, combined with Hamas mismanagement, has devastated the local economy.

After three wars and dozens of smaller skirmishes, the bitter enemies have been working through Qatari, Egyptian and UN mediators to reach a series of “understandings” that would ease the blockade in exchange for guarantees of quiet. Al-Hayya said Hamas expects Israel to allow in more medical supplies, unlimited trade between Gaza and the world, help create more jobs and extend Qatari payments for electricity and poor families.

The incendiary balloons have not caused any damage or injuries on the Israeli side. But last week, an IDF helicopter struck a Hamas target in Gaza in response to the resumption of the launches.

The UN’s Mideast envoy, Nickolay Mladenov, called the renewed balloon launches “concerning and regrettable” in a briefing to the Security Council on Tuesday. “These actions are a risk to the civilian population,” he said.

For the past 20 months, Hamas organized weekly demonstrations along the fence, demanding an end to the blockade.

The protests often turned violent, including burning of tires, throwing of explosives and launching of hundreds of incendiary balloons that torched large swaths of Israeli farmland.

Hovering around 50%, Gaza’s unemployment rate is one of the highest in the world, and most of its 2 million people rely on humanitarian assistance.