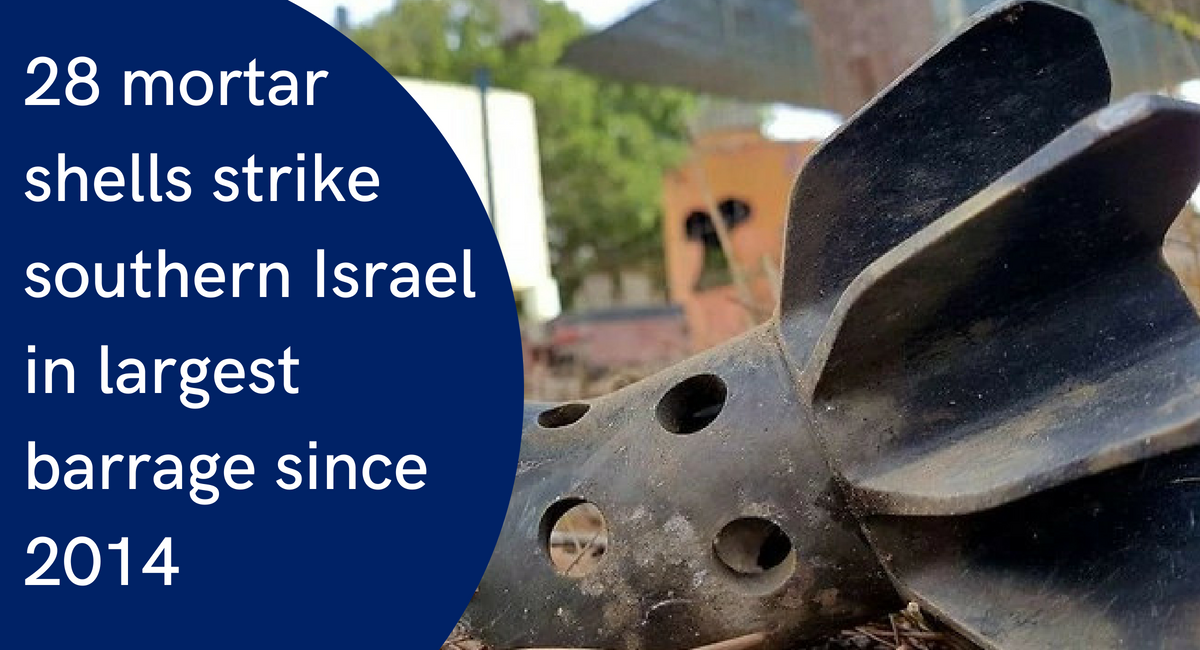 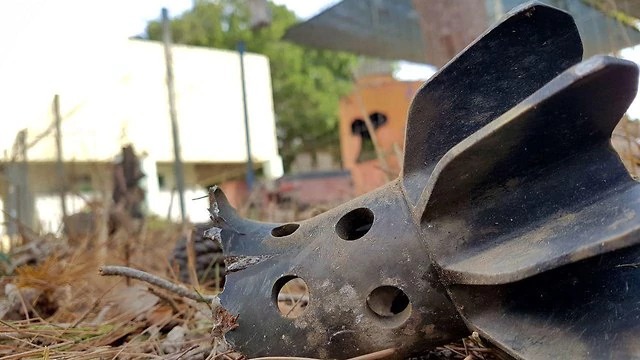 At least 28 mortar shells were fired at southern Israel in at least three separate barrages Tuesday morning as sirens blared throughout the area, the army said, amid heightened tensions along the Gaza border.

One person was lightly injured by shrapnel in his shoulder and was being treated at the Soroka medical center in Beersheba. There were no reports of significant material damage. One shell hit a tree in the yard of a kindergarten shortly before children were due to arrive.

The shellings appeared to be the largest attack from the Gaza Strip since the 2014 war, known in Israel as Operation Protective Edge.

The head of the Eshkol region told Channel 10 news that the army told him the attack was carried out by the Palestinian Islamic Jihad terror group, as revenge for the Israel Defense Forces killing three of its members in a cross-border exchangeearlier in the week.

The Iran-backed Islamic Jihad did not immediately take responsibility for the mortar attacks, but its spokesperson praised them, saying “the blood of our people is not so cheap that the terrorists (Israel) can do what they want without deterrence.”

There were no immediate reports of a significant Israeli military retaliation to the attacks. Massive reprisal raids were expected, following the repeated, highly irregular mortar shellings on Tuesday morning.

Following the Gaza mortar attacks, Defense Minister Avigdor Liberman called for a “special situational assessment” from IDF Chief of Staff Gadi Eisenkot and other senior figures from Israel’s security services. They were due to meet in the army’s Tel Aviv headquarters, known as the Kirya, Liberman’s office said.

Palestinian media reported that Hamas and other terrorist groups were abandoning their positions in the Gaza Strip ahead of an expected forceful response by the IDF.

The initial, primary bombardment came at 7 a.m., when approximately 25 mortar shells were toward the Sha’ar Hanegev and Eshkol regions, as parents were beginning to send their children to school, the IDF said.