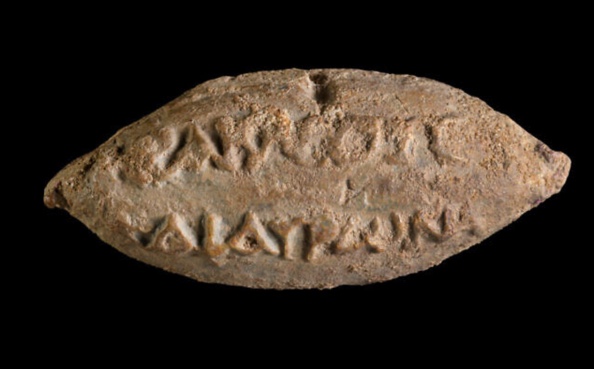 2,200-year-old Greek sling bullet may have been used against Jews in Hanukkah story

Some 2,200 years ago, a Greek soldier stood in battle in what is now the Israeli city of Yavne, aimed his sling at Jewish Hasmonean troops, and launched a projectile at them during battles that would later become part of the story of Hanukkah.

At least, that is one option suggested following the discovery in Yavne of a sling bullet made of lead and bearing a Greek inscription reading “Victory for Heracles and Hauron” — a possible attempt at psychological warfare against enemies.

The Israel Antiquities Authority, which revealed the finding, told The Times of Israel that the sling bullet was discovered about a year ago and has been studied since then. It timed the announcement for Wednesday, 10 days before Hanukkah.