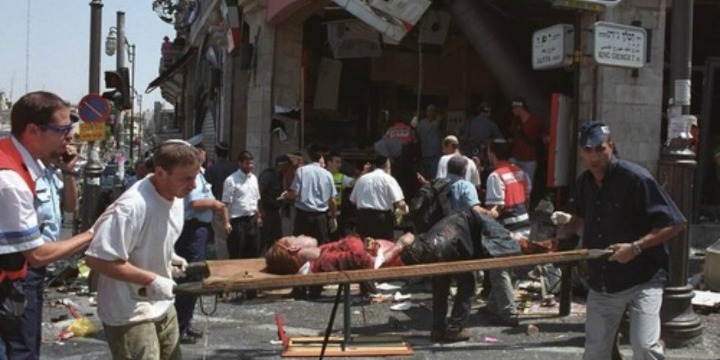 20th Anniversary of Sbarro Terror Attacks Commemorated, Along With Demands for Extradition of Mastermind From Jordan

Jewish groups and Israeli and US officials marked the 20th anniversary on Monday of the infamous Palestinian terrorist bombing of the popular Sbarro pizza eatery in Jerusalem, with some calling on the US to demand extradition of one of its masterminds to face charges for the deaths of Americans killed in the attack.

The Hamas-orchestrated bombing, which took place in 2001 at the height of the Second Intifada, killed 15 innocent people and wounded over a hundred.

The World Jewish Congress marked the occasion with a video featuring testimonies from the survivors and a tribute to the victims.

Several commentators pointed out that one of the masterminds of the bombing, Ahlam Tamimi, remains at large under Jordanian protection, even though she is under indictment in the US on terror charges.