2019 immigration to Israel hits highest number in a decade 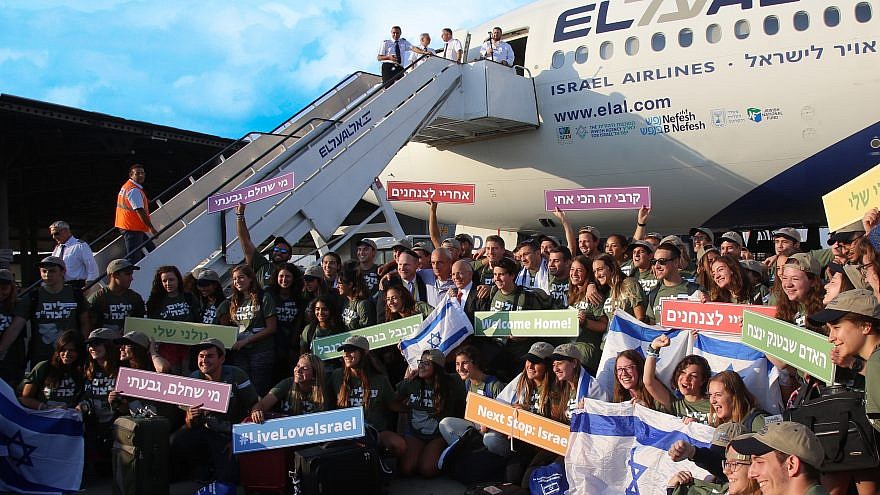 (December 24, 2019 / JNS) An estimated 34,000 immigrants moved to Israel in 2019—the largest number per year in the past decade, according to numbers published by the Jewish Agency.

The data includes those who immigrated during the period of January-November 2019 and the number of immigrants expected for December 2019. Through the end of November 2019, more than 32,600 immigrants arrived in Israel from around the world, an increase of 18 percent from the same period last year.

The Jewish Agency data showed that more than 255,000 new immigrants moved to Israel in the last decade from 150 different countries. The main countries of origin include Russia, Ukraine, France, the United States and Ethiopia.

More than half of the immigrants arriving over the last decade, about 130,000 people, came from the former Soviet Union.

Aliyah from France also reached the highest-ever during this decade with 38,000 immigrants, which is about one-third of the total number of immigrants from France since the establishment of the State of Israel.

The report also showed that more than 3,040 immigrants moved to Israel from other Middle Eastern states, as well as countries that have no diplomatic relations with Israel.

Aliyah from the United States continues to stand at more than 3,000 immigrants per year, according the Jewish Agency and Nefesh B’Nefesh.

The Jewish Agency also noted that around 60 percent of the immigrants during this decade were under the age of 45.

The numbers are based on reports by Israel’s Ministry of Aliyah and Integration, as well as those who changed their status and others handled by the Jewish Agency.