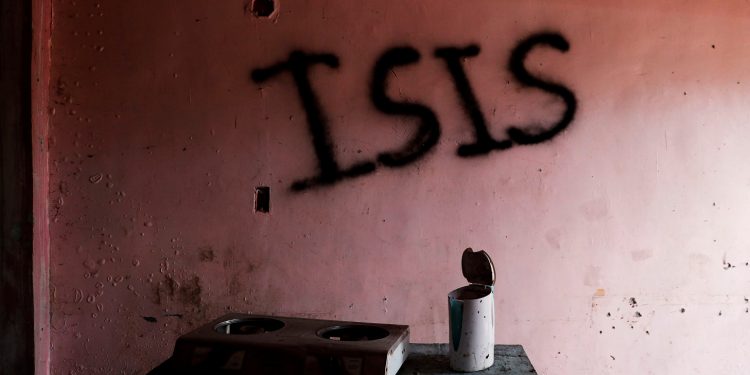 Two Chicago-area men were found guilty on Thursday of supporting Islamic State in a federal case in which one of them was accused of saying he hoped to see the jihadist group’s flag over the White House, local media reported.
Edward Schimenti and Joseph Jones, both 37, were convicted for providing material support and resources to terrorists in a jury trial in US District Court in Chicago. Schimenti was also found guilty of lying to Federal Bureau of Investigation agents, the Chicago Sun-Times reported.
The men could face up to 20 years in prison when they are sentenced at a later date, according to the US Attorney in the Northern District of Illinois.
The men from Zion, Illinois, about 80 km (50 miles) north of Chicago, were accused of pledging allegiance to ISIS and using social media to back violence in support of the group, according to court papers.
Jones and Schimenti were also accused of discussing backing Islamic State with two undercover FBI employees and an informant and sharing photographs of themselves displaying the Islamic State flag at a state park, according to court documents.
Schimenti told the informant he would like to see the flag “on top of the White House,” according to a 77-page criminal complaint filed against the men.
Attorneys for the men argued that they were entrapped by federal agents and what they wrote and talked about was protected by their constitutional right to free speech.
“It was the government that created this entire case out of thin air,” they wrote in a motion filed in court in 2018.