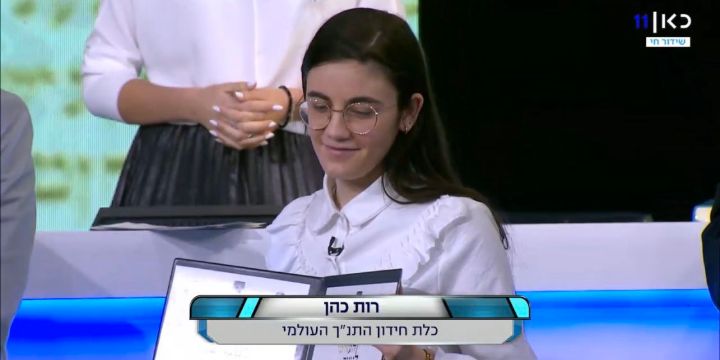 A 16-year-old girl from Israel won the World Bible Quiz for Jewish Youth on Wednesday.

The Quiz is held in Jerusalem each year for young people aged 14-18 from around the world. It is broadcast live on Israeli television every Independence Day. Sixteen contestants from seven different countries participated in the 2020 Quiz.

The winner was Ruth Cohen of the central Israeli city of Gedera. Second place was taken by 17-year-old yeshiva student Moshe Gildai.

Israeli President Reuven Rivlin tweeted, “Congratulations to the winner of the World Bible Quiz for Youth, Ruth Hacohen from Gadera. “Many daughters have done valiantly, but you excell them all.” Well done to all competitors from Israel and around the world, on your knowledge and learning!

Israeli Prime Minister Benjamin Netanyahu echoed this sentiment, saying, “Congratulations to Ruth Cohen of Gedera, winner of the World Bible Quiz, and to all the participants in the Quiz from Israel and around the world. Well done!”