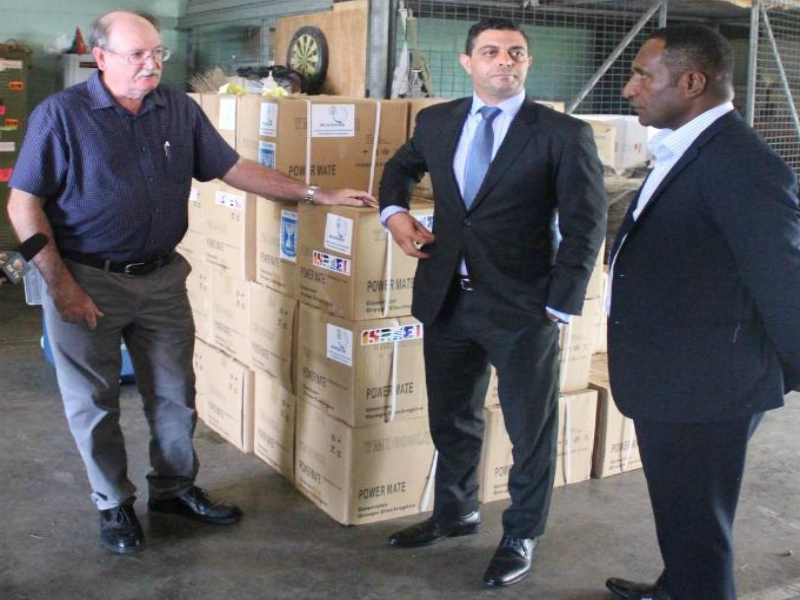 The 7.5 magnitude earthquake left around 100 people dead and more than 150,000 people in desperate need of emergency supplies.

Israel, one of the first countries to send aid to Papua New Guinea, delivered forty generators on Thursday, March 8, which will help provide assistance to communities affected by the earthquake.

The generators were delivered by Yaron Sultan-Dadon, the Pacific Islands Adviser at the Israeli Embassy in Australia, who toured areas affected by the earthquake with Prime Minister O’Neill and assessed other possible avenues for Israeli assistance.

When asked about Israel’s humanitarian assistance in an interview aired on television and radio, Mr. Sultan-Dadon noted, “The State of Israel does not leave its friends behind.”

Tibor Shalev-Schlosser, Israel’s Ambassador to the Pacific Island States noted, “The Israel MFA is evaluating additional means of disaster relief and will continue to assist Papua New Guinea during this difficult time. “