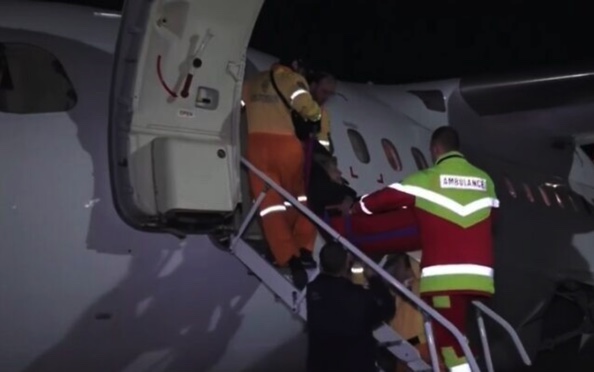 Three Israeli rescue organizations joined forces to rescue Ukrainian Holocaust survivors and other civilians wounded amid Russia’s invasion and bring them to Israel for treatment.

Zaka, Hatzolah Air, and Magen David Adom raised some US$ 70,000 to charter a private jet with medical equipment to treat and evacuate the wounded waiting in Moldova, Channel 13 News reported Thursday.

The flight had been due to leave early Wednesday but was delayed for seven hours as they awaited permission to land in Chișinău. They finally received permission and made it back to Israel with the 13 patients early Thursday morning.

“It’s a crazy paradox, we are going there with a luxury jet to find people who have lost everything, that we are taking from destroyed homes,” Haim Otomazgin, head of special operations at Zaka, told Channel 13.

Many of those evacuated were Holocaust survivors who needed medical treatment that was no longer available in Ukraine, including a woman with dementia, and another who had previously lost both of her legs.

Among them was 85-year-old Maya Zernova.

“I was 5 years old when the (Second World) War started, all I can remember is pain,” she said.