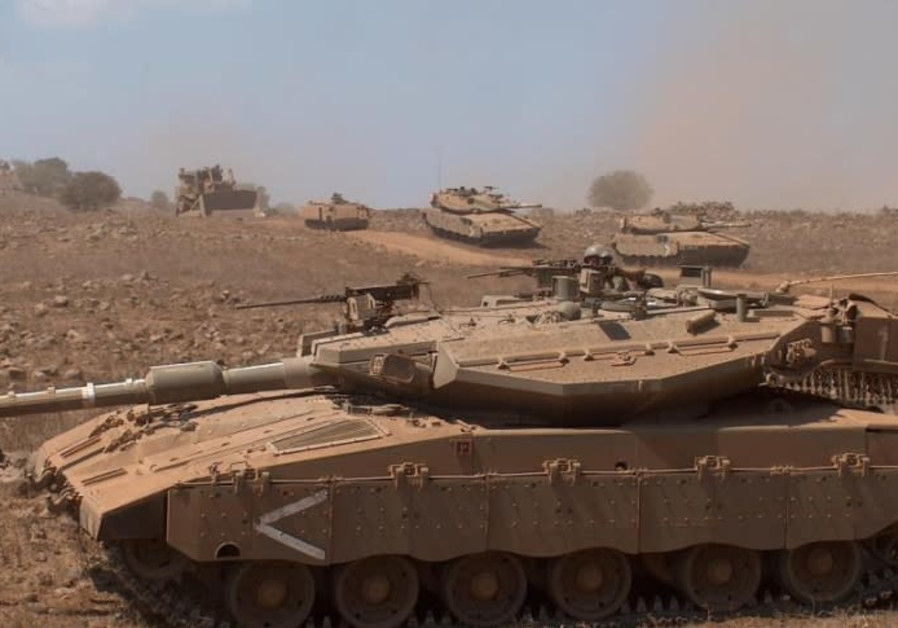 Fifty years after its founding and on the eve of Yom Kippur, 1,200 soldiers and officers of the IDF’s 188th “Barak” (Lightning) Armored Brigade participated in the second annual 188-km. run from Haifa to the Golan Heights, where the brigade defended the country against the invading Syrian Arab Army in 1973.

“It’s a special date, which is the 50th anniversary of the 188th Brigade across all the fronts and wars over time,” Brigade commander Col. Nir Rosenberg told The Jerusalem Post. “It also marks the anniversary of the Yom Kippur War, when the brigade fought valiantly and played a significant role in the fighting.”

Though reconfigured as the 188th Armored Brigade in 1969, the brigade was formed as the 2nd Brigade during the 1948 War of Independence. Under its various names, it has taken part in almost every campaign in Israel’s history. It has lost 338 soldiers over the years, including 112 during the Yom Kippur War, when almost all of its officers and the brigade’s commander, Col. Yitzhak Ben-Shoham, were killed in action.

During that war, the brigade played a key role in defending Israel’s northern border. On October 6, 1973, the Syrian Arab Army invaded the Golan Heights along a 50-km.-long front with 11,000 infantry soldiers and 1,400 tanks backed by over 1,000 artillery pieces and air power. Facing the massive assault were less than 200 tanks and 70 artillery pieces belonging to the IDF’s 7th and 188th Armored Brigade.

At the battle of Tel Saki, a strategic hill located on the southern Golan Heights, a handful of paratroopers and troops from the two armored divisions held off thousands of Syrian troops for three days.

The battle marked a turning point in the war, and the battlefield was a stop in the 188-km. run. Rosenberg said each battalion ran some 45 km. along the route.

“They were told the meaning behind the race and the history of the brigade and the connection of this race and where soldiers in the brigade have fought,” he said. “People who go out to run do so when they have a goal, and these soldiers had a goal. Back in the day, those who were in the armored division didn’t need to be in shape. Now we know that there is a connection between mental strength and physical shape. It was natural that we do something like this, to run.”

At the conclusion of the race, there was a ceremony honoring the 50th anniversary of the brigade and its fallen. The new Merkava 4 Barak tank was also highlighted during the ceremony.

Rosenberg said the brigade, which has used the Merkava 3 tanks since 1992, will switch to the cutting-edge tank in the coming months.

The Merkava 4 Barak tank is designed as a “smart tank,” with dozens of sensors and a task computer that presents all information to both the crew inside the tank and crews of other tanks and vehicles present in the field.

The new tank’s computer-controlled fire control system can lock onto moving targets, including airborne platforms, while the tank itself is moving. Its sensors, along with a 360-degree camera fitted outside the tank, allow troops to remain inside the tank at all times, while the Iron View smart helmet designed by Elbit allows the tank commander to see what is outside the tank such as approaching terrorists or other threats.