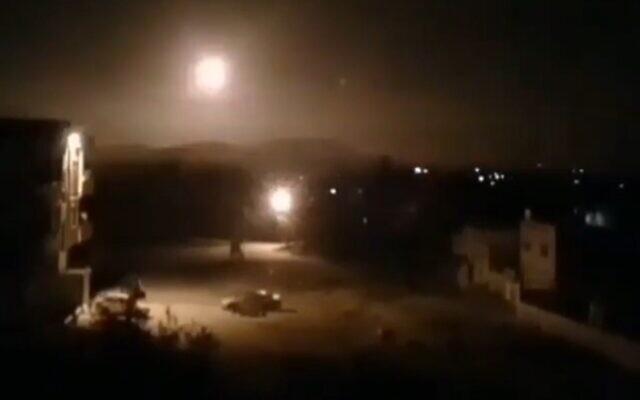 Twelve pro-Iranian fighters were killed in strikes against several targets near Damascus in the predawn hours of Thursday morning, which Syrian state media blamed on Israel, according to a Britain-based monitoring group.

“Our air defenses confronted an Israeli attack” west of the capital, said state news agency SANA, adding that the attack was carried out from airspace in the Israeli Golan Heights.