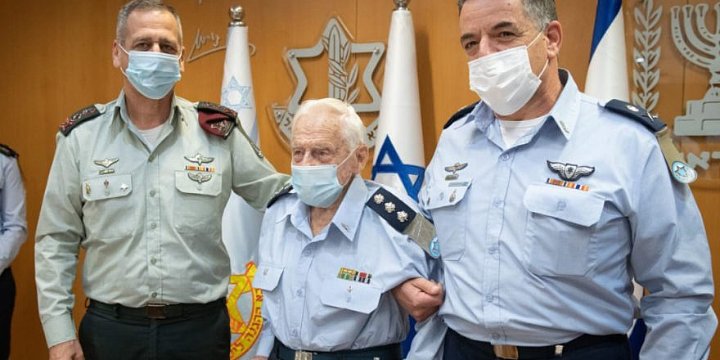 Israel’s top military brass was on hand Friday for the promotion of Israeli Air Force founding member Alex Ziloni, 105, to the rank of colonel in honor of his “many decades of dedication to the State of Israel,” the IDF said in a statement.

Ziloni, who arrived in the country from Poland when he was just five years old and served as an engineer in the Royal Air Force during World War II, went on to become a founding member of Israel’s air force. In May 1948, the same time the country was born, 95% of the air force’s combat-ready crews were WWII veterans, mainly from English-speaking countries.

Ziloni served in the corps until 1960, participating in aerial operations during the Suez Crisis. He retired with the rank of lieutenant-colonel and went on to serve as a military attaché in Washington.