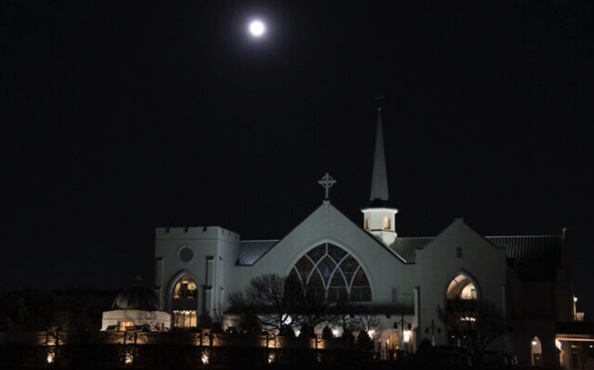 Roughly one thousand people of various faiths and backgrounds gathered for a vigil at a church five miles north of Colleyville, Texas, on Monday evening, showing solidarity with the nearby Jewish community as it began to heal from the hostage standoff at Congregation Beth Israel 48 hours earlier.

“While very few of us are doing okay right now, we’ll get through this,” said CBI Rabbi Charlie Cytron-Walker, who was one of the four worshipers who arrived at their Reform congregation for Sabbath morning services and quickly found themselves being held at gunpoint for 11 hours.

The attacker, Malik Faisal Akram, sought the release of a Pakistani prisoner serving an 86-year sentence for terror charges at a prison roughly 15 miles southwest of Colleyville. He was killed in a firefight with FBI agents after the last three of the four hostages managed to escape the synagogue.

Monday’s vigil featured remarks from Cytron-Walker as well as a recital of English and Hebrew songs and prayers from current and past presidents of CBI and cantors from the surrounding Dallas area.

The CBI rabbi, who local and federal law enforcement credited for his “calm and collected” demeanor throughout Saturday’s standoff, was introduced with a 30-second standing ovation from the audience, one of several moments that had Cytron-Walker holding back tears.