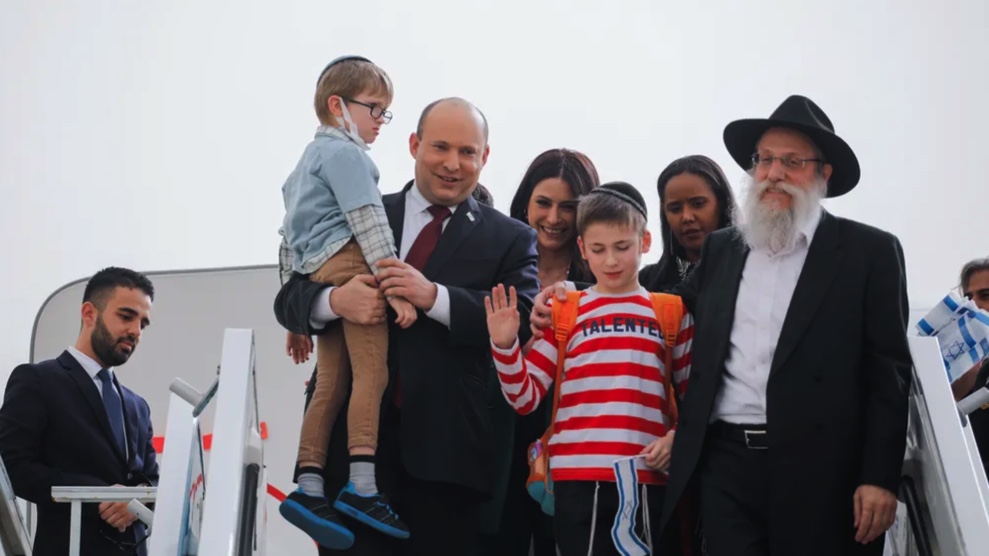 Around 100 Jewish Ukrainian orphans arrived to Israel on Sunday, where they were greeted at Ben Gurion Airport by Prime Minister Naftali Bennett and cabinet ministers.

The children, ranging in age from 2 to 18 years of age, flew from Romania after a two-day bus ride from the Alumim Jewish orphanage, in the northern Ukrainian city of Zhytomyr.

Earlier in the day, three flights carrying 300 Ukrainian refugees arrived from Poland and Moldova at the start of a special operation organized by the Immigration and Absorption Ministry and in cooperation with Jewish organizations worldwide.

Israel’s flag carrier El Al transported the refugees, with the airline saying that Ukrainian-speaking staff were on board the flight carrying the orphans to offer assistance.

“We are now seeing children immigrating to Israel. It is the most moving thing there is,” Bennett told media as he greeted the children on the tarmac. He later tweeted in Hebrew that he told the children that they are “safe now, you have reached a safe shore.”