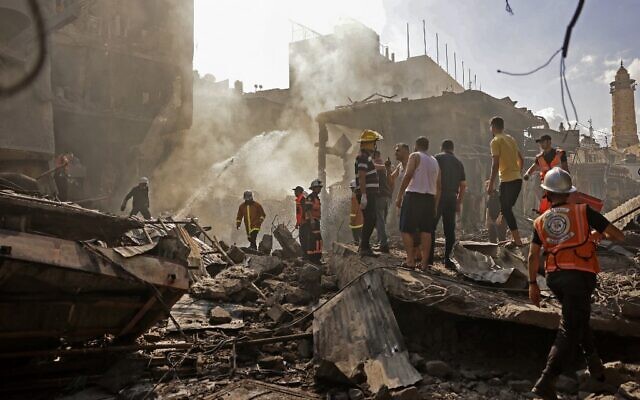 One person was killed and 10 others were injured after a weapons storage belonging to the Palestinian Islamic Jihad terrorist movement at the Al-Zawiya market in Gaza City exploded on Thursday morning, IDF spokesperson for Arab media Avichay Adraee reported on Twitter.

The PIJ seemed to take some form of responsibility on Thursday evening, announcing that it would “rise up to its responsibilities” and follow up with all concerned parties concerning the explosion in the market. The terrorist movement expressed its “full solidarity” with those affected by the explosion.