Instead of acknowledging the Jewish right to sovereignty and accepting the British Mandate for Palestine, the Arabs escalated their violence against the Jewish communities of Palestine. There was a general Arab strike throughout Palestine, and groups of Arabs attacked Jewish towns, Jewish sections of cities, and civilians on buses. An arms embargo was imposed upon Palestine by Great Britain and the United States; however, Great Britain continued to supply weapons to Iraq and Transjordan, and thereby access to arms for Arab forces and militias.

An Arab army moved into Palestine from Lebanon, and many Arabs began to flee cities and towns. There was a public call for the Arabs of Palestine to make way for the conquering Arab armies, with the reassurance that Arabs would be able to return to their homes once the war against the Jews was won. The Jewish leadership pleaded with many of their Arab neighbors to stay, hoping for peace between the two peoples and the building of a tolerant society.

The British Mandate for Palestine ended on May 14, 1948. That same day, despite increasing acts of violence and aggression against them by the Arab world, the Jews of Palestine declared the creation of an independent Jewish and democratic state.

Jews the world over rejoiced; a historic wrong had finally been made right. But the celebrations were short lived as Syrian, Egyptian, Jordanian, Lebanese, and Iraqi armies invaded Israel that same day. 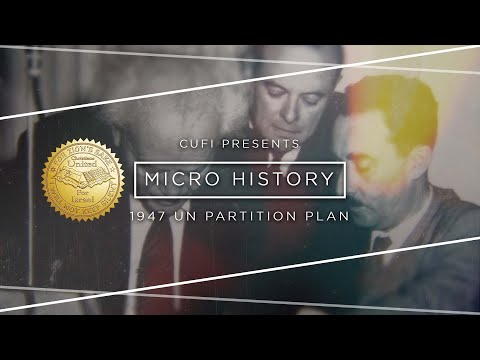 Israel still has many enemies and is facing challenges on all fronts. Join us for our CUFI Washington Summit to tell your elected officials that we must stand with our ally, Israel. Register today at cufi.org/summit.