CUFI’s Word of The Week – Above Approach

CUFI’s Word of The Week – Above Approach

“Then this Daniel began distinguishing himself among the commissioners and satraps because he possessed an extraordinary spirit, and the king planned to appoint him over the entire kingdom. Then the commissioners and satraps began trying to find a ground of accusation against Daniel in regard to government affairs; but they could find no ground of accusation or evidence of corruption, inasmuch as he was faithful, and no negligence or corruption was to be found in him.” —Daniel 6:3-4

You are probably familiar with the story of Daniel in the lion’s den. But do you remember the details of Daniel’s situation prior?

Under King Darius, Daniel’s reputation preceded him. He was known as an insightful and wise interpreter of visions and dreams who was passionately faithful to the living God under the rule of not one but two kings (Nebuchadnezzar and Belshazzar). Daniel had been promoted to one of the highest offices in the kingdom, and King Darius so esteemed Daniel that he planned to make him first over the entire kingdom.

This so infuriated Daniel’s fellow commissioners and the satraps under him that they plotted how to ruin Daniel. Yet such a task was no easy one because Daniel was “faithful, and no negligence or corruption was to be found in him.” In other words, Daniel was above reproach.

The only grounds for accusation Daniel’s enemies found was to trick King Darius into signing a law that the people of the kingdom could only worship him for 30 days—a law which Daniel broke immediately by continuing to pray three times a day to his God, facing Jerusalem.

Paul reminds us of this timeless truth.

This week, let’s aim to stand up for Israel and for what is right with the truth, integrity, and godliness. May we aim to be above reproach with a “clean conscience” before God as we boldly speak up on behalf of Israel and the Jewish people. 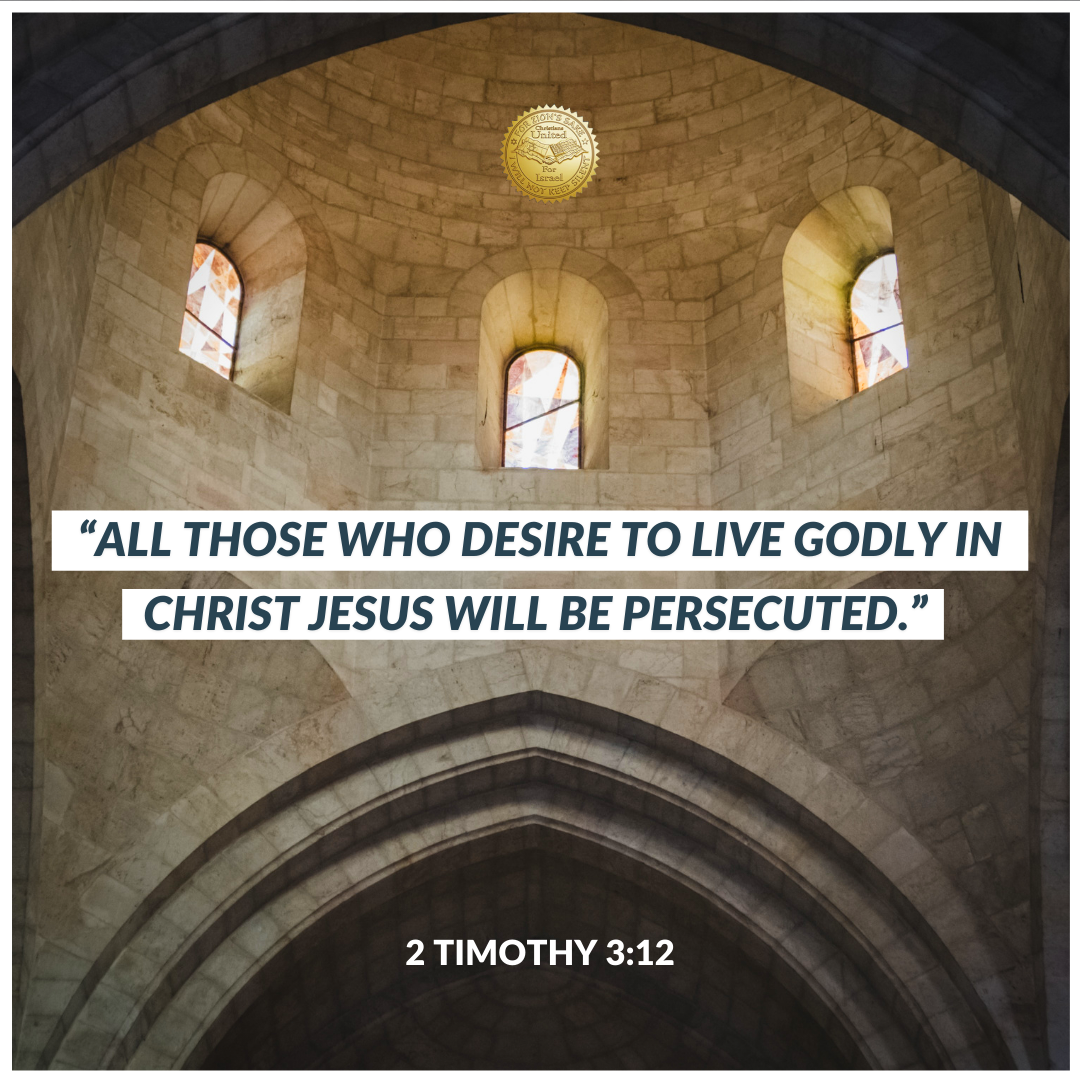 Act: Stand up for Israel by forwarding this email to a friend.