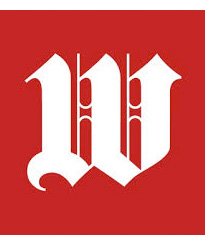 In 1948, when President Truman recognized the newly independent state of Israel, he did so in the face of fierce opposition from his advisers. Secretary of State George C. Marshall — whom the president regarded as “the greatest living American” — adamantly opposed the decision.

Despite the controversy, it is now a source of a great pride for many Americans that our nation recognized Israel just minutes after it declared independence. Truman’s decision to choose morality over realpolitik, in defiance of his advisers, will forever be a focal point of American and Israeli history — and of Truman’s legacy.

President Trump will soon face a similar moment. In a few weeks, as mandated by the Jerusalem Embassy Act of 1995, he will have to decide whether to exercise the legislation’s presidential waver or move the U.S. embassy in Israel from Tel Aviv to Jerusalem.

Throughout his campaign, Mr. Trump promised to move the embassy. This promise was vital to securing the support of millions of Christian Zionists around the country, and Mr. Trump like Truman is hearing from naysayers. Moving the embassy will inflame the Arab world, they claim.