Weekly Reflection – You Are Mine

Weekly Reflection – You Are Mine

But now, thus says the Lord, your Creator, O Jacob, and He who formed you, O Israel, “Do not fear, for I have redeemed you; I have called you by name; you are Mine! When you pass through the waters, I will be with you; and through the rivers, they will not overflow you. When you walk through the fire, you will not be scorched, nor will the flame burn you.”

The Holy One of Israel, as Isaiah refers to Him, identifies Himself as the Creator in the first verse of this chapter. God created the universe and everything in it—and specifically the nation of Israel. All other nations are established by acts of men; Israel is the only nation created by an act of God through the unconditional bond of His covenant with Abraham (Genesis 17). In the first verse of chapter 43, the Lord commands His people not to fear by reminding them that it was He who redeemed them from their troubles, and He will do so again.

It was He, the Great I Am, who delivered them from Pharoah’s army through the parting of the Red Sea (Exodus 14). It was He, the Commander of the Army of the Lord, who led Joshua and Caleb into the Promised Land by holding back the waters of the raging Jordan River (Joshua 3). And it was He, the Fourth Man in the fire, who rescued the three Hebrews from the scorching flames of Nebuchadnezzar’s blazing furnace (Daniel 3). 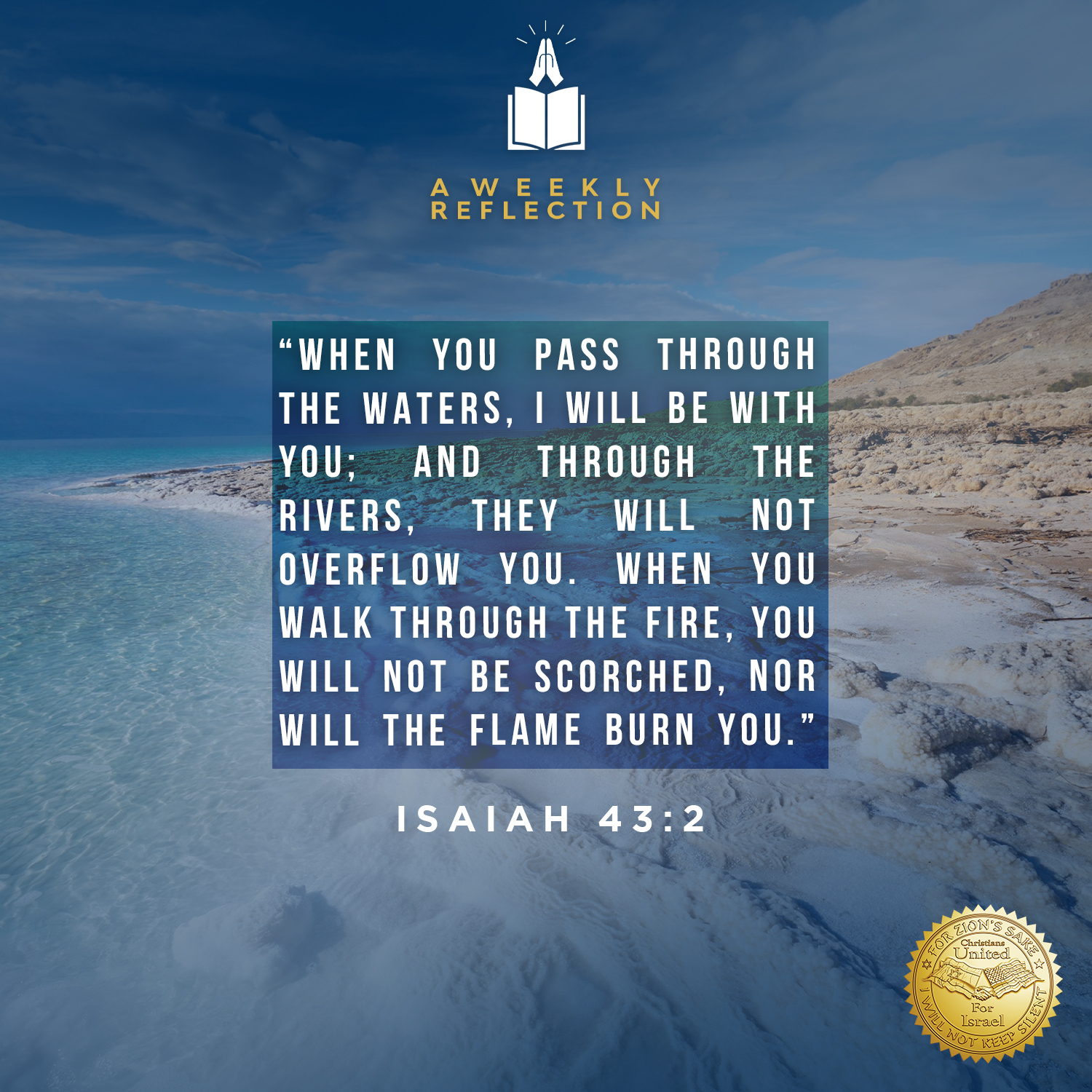