Weekly Reflection – To Obey Is Better Than Sacrifice

Weekly Reflection – To Obey Is Better Than Sacrifice

Samuel said, “Has the Lord as much delight in burnt offerings and sacrifices as in obeying the voice of the Lord? Behold, to obey is better than sacrifice, and to heed than the fat of rams.”

The story of King Saul is a genuine tragedy, one that opens with a gifted leader of great potential, but ends with him squandering his divine purpose as a result of his personal pride. Saul blatantly disobeyed God with what he rationalized as good intentions. God demands obedience from His people—not good intentions. To obey is to submit oneself fully to the will of God and then put His commands into effect.

When God ordered Saul, through the prophet Samuel, to destroy all of Israel’s enemies, Saul deviated from his assignment. He defeated the Amalekites, but, against God’s command, he spared King Agag and the best of his livestock.

After Samuel confronted Saul’s disobedience, Saul shifted blame to his troops—denying the responsibility he bore as their leader—and claimed they intended to use the spared livestock as a sacrifice to the Lord. Samuel emphasizes that heartfelt obedience to God is far better than outward sacrifice. 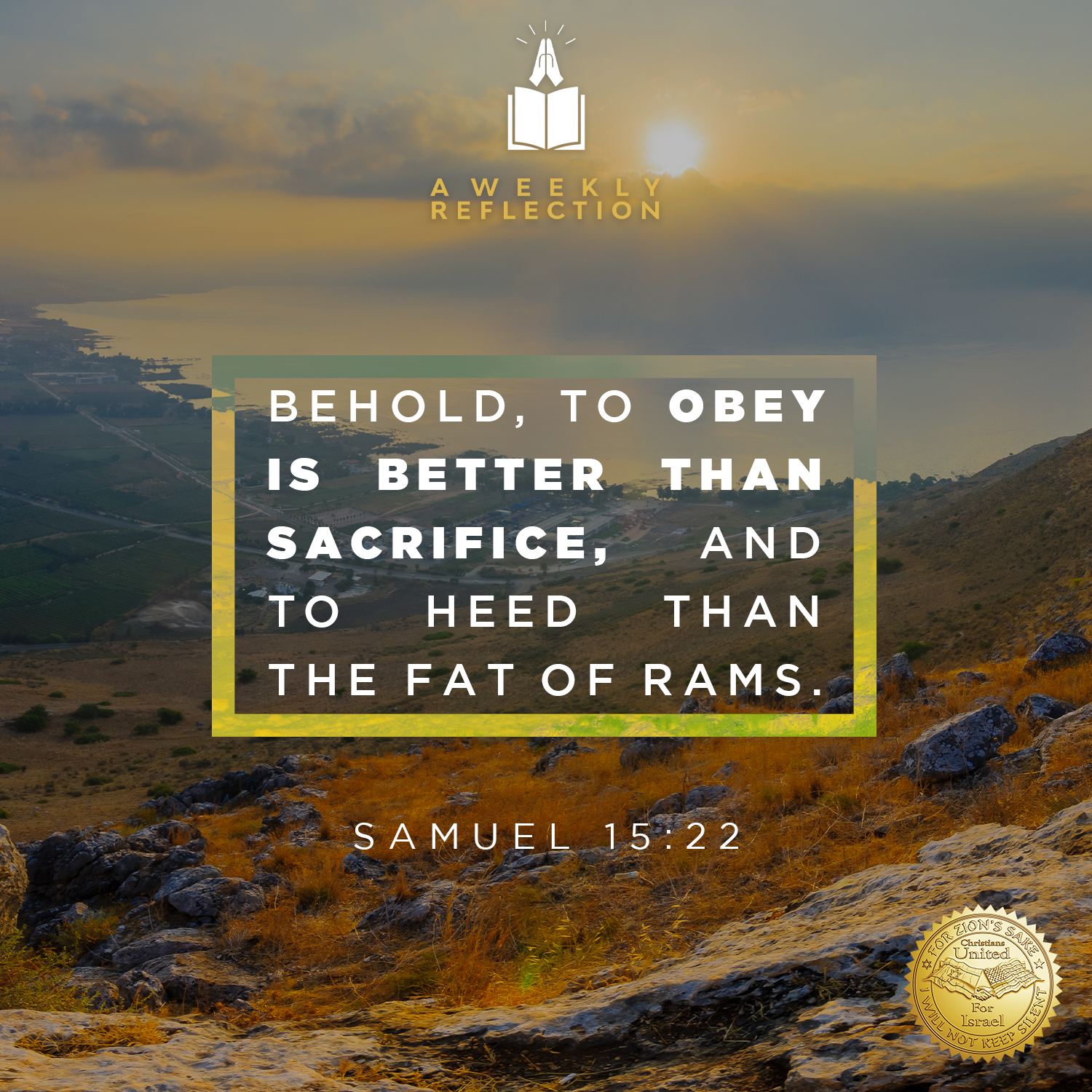