Then the Lord came and stood, and called as at the other times: “Samuel! Samuel!” And Samuel said, “Speak, for Your servant is listening.”

During this time in biblical history, there was more darkness than light in Israel. The only flame of virtue, which had not yet burned out, came from the lamp of God in the Tabernacle (1 Samuel 3:3). Moreover, God was silent, for the people had turned away from Him and did what was right in their own eyes (Judges 17:6). Even Eli, the high priest, had become deafened to the Master’s call (1 Samuel 3:1).

Samuel served in the Temple and was most likely lying near the ark where the Spirit of the Lord abided. Therefore, when God broke His silence, the young boy was able to hear the Almighty’s voice. Samuel was not only close to the Holy Presence; his hearing ears were on, and he was ready for service. The future prophet did as his elderly mentor instructed—he was prepared to listen and obey.

God speaks to those who are close enough to hear and are ready to do what He asks. Partial obedience is considered disobedience—to hear God’s voice and not do what it commands is to reject it. On the other hand, obedience is not a series of repetitive religious rituals and exercises, it is a result of an intimate relationship with the Creator. Because of Samuel’s submissive spirit and reverent bond with his earthly master—he was chosen to become the spokesman of his heavenly Master. 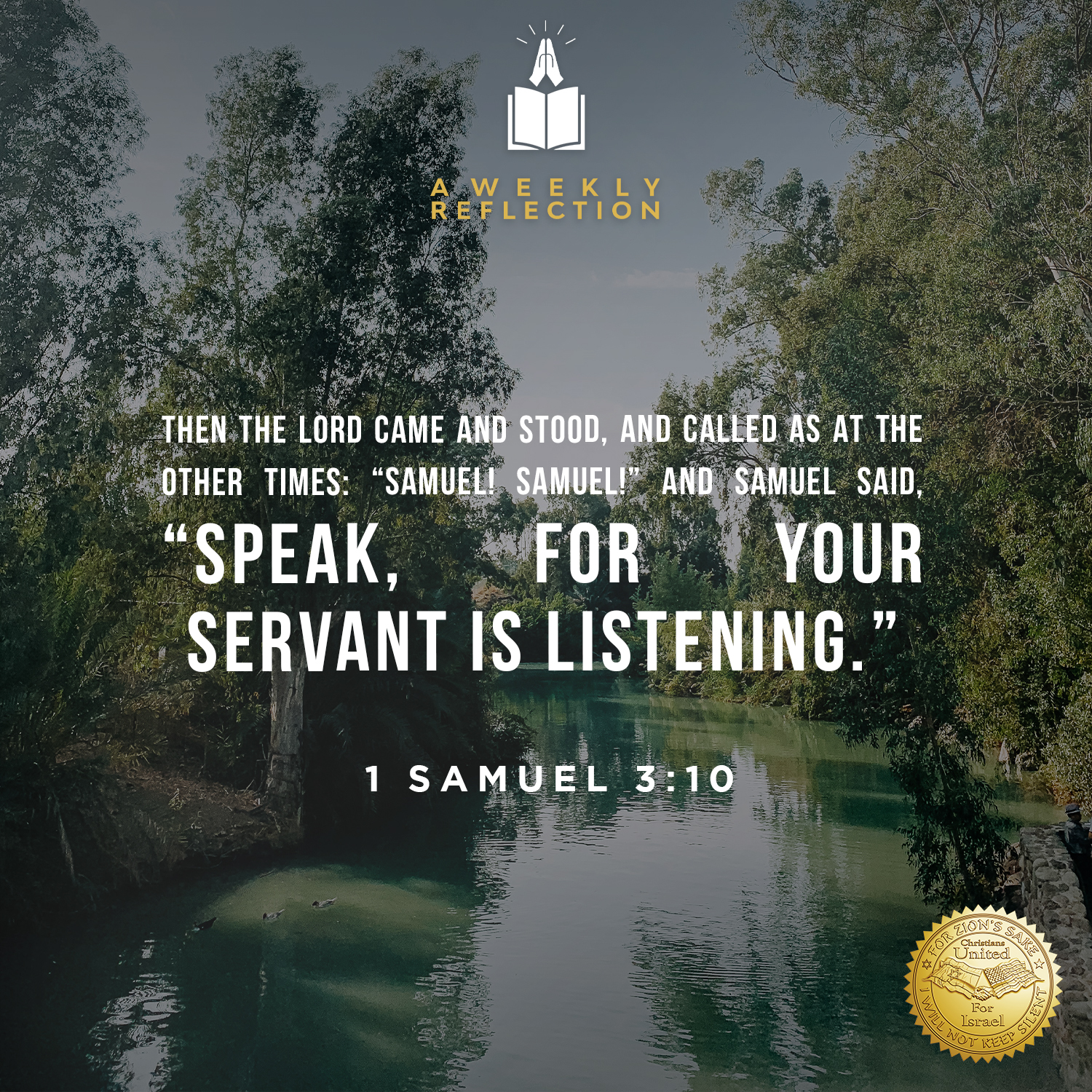