Since 1979, after the violent Islamic Revolution empowered radical fundamentalists committed to dominating the Middle East, Iran’s hatred of Israel and America has been the foundation of its foreign policy. The State Department recognizes Iran as the world’s leading state sponsor of terrorism.

This month, Iran’s new President, Ebrahim Raisi, who is on the U.S. sanctions list for crimes against humanity, took office. Called the “butcher of Tehran” and the “hanging judge,” this man is responsible for the unjust executions of 4,000 members of Iranian opposition groups.

Moreover, Raisi has a track record of antisemitism, overseeing the 2018 production of a 50-episode documentary, called the “Devil’s Plan.” The film promotes The Protocols of the Elders of Zion, a 19th century Russian forgery replete with antisemitic conspiracy theories which spurred the Holocaust.

Even though Iran’s new leader is an antisemitic mass murderer whose victory in the election was determined by Iran’s elite, not the will of the Iranian people, the Biden Administration remains steadfast in its stated goal of reaching an agreement with this malevolent nation. CUFI’s position remains unchanged: we oppose any deal with Iran that is not comprehensive, addressing not just the nuclear issue, but also Iran’s rampant support for terror and flagrant human rights violations 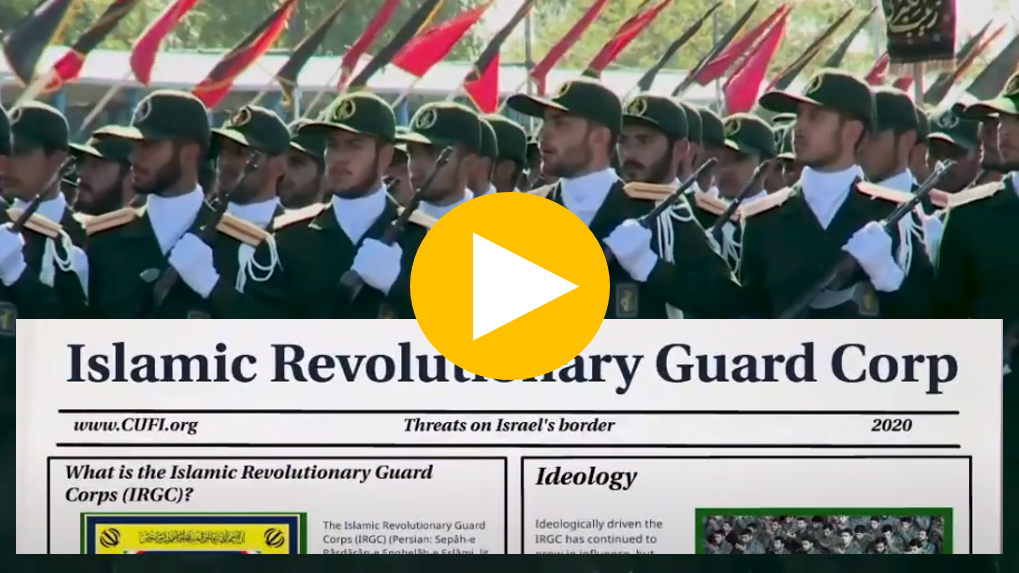 In June, CUFI released the results of a survey conducted in conjunction with GS Strategy Group that demonstrates that the threat a nuclear armed Iranian regime would pose to U.S. national security registers is one of the largest concerns among Democrats, Republicans, and independents. Read more here.

To learn more, subscribe to CUFI’s YouTube Channel to watch new episodes of the CUFI Weekly, hosted by Kasim Hafeez.