When one thinks of terrorism in the Middle East, rockets, mortars, and even tanks may come to mind. But weapons of terror that are often overlooked, yet increasingly dangerous, used by Palestinian terrorists in Gaza are airborne incendiary and explosive devices. From inflated condoms to explosive kites and crude balloon-laden bombs, these weapons wreak havoc on Israeli lives, causing devastation to innocent civilians’ livelihoods and psychological wellness, as well as the ecology. The use of these weapons, fired indiscriminately and devised for maximum devastation, is terrorism and must not be tolerated.

Since 2018, during conflicts with Israel, Palestinian terrorists in Gaza have launched countless incendiary balloons into southern Israel, destroying thousands of acres of woodland and agricultural crops in a region where agriculture drives the economy. 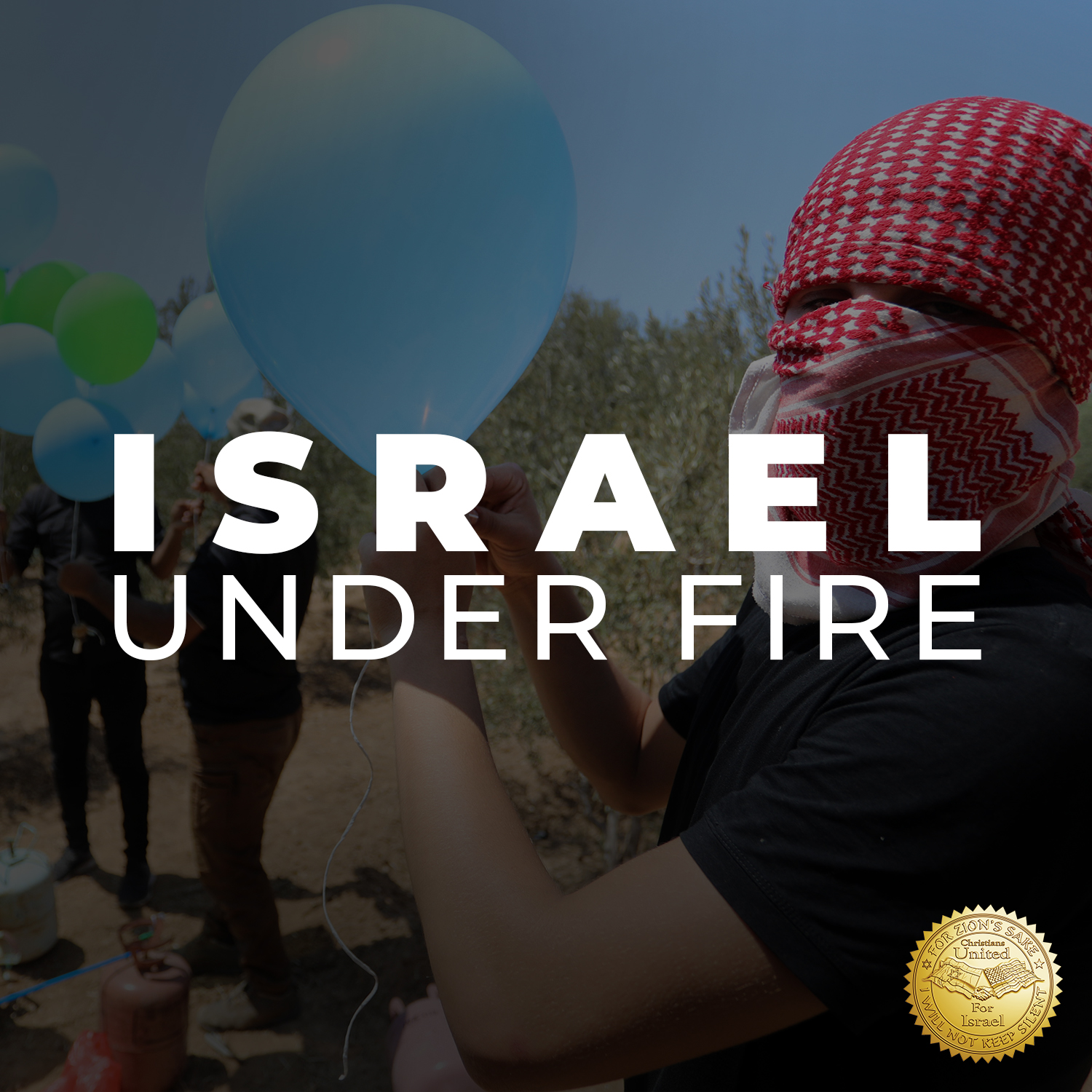 Keep up to date with breaking news by subscribing to the CUFI Weekly online news and analysis show, hosted by Kasim Hafeez.