The city of Sderot, situated along the border with Gaza, has been called “Rocket Town,” the bomb shelter capital of the world. As Hamas fires rockets indiscriminately at Israel, residents of cities like these in southern Israel hear the blare of sirens at times almost daily, a signal that one has less than 15 seconds to run to a bomb shelter.

Since Israel’s disengagement from Gaza in 2005, tens of thousands of rockets have been fired into Sderot and the surrounding region, killing men, women, and children, injuring hundreds, and psychologically traumatizing hundreds more.

Although Sderot is a city with playgrounds that double as bomb shelters, many have chosen to move to Sderot, and many more have chosen to stay despite constant rocket fire. The community in Sderot is resilient and strong, just like Israel, which refuses to be driven out by terrorists. Israel and Sderot are here to stay, and we stand with the Jewish state against those who seek her destruction. 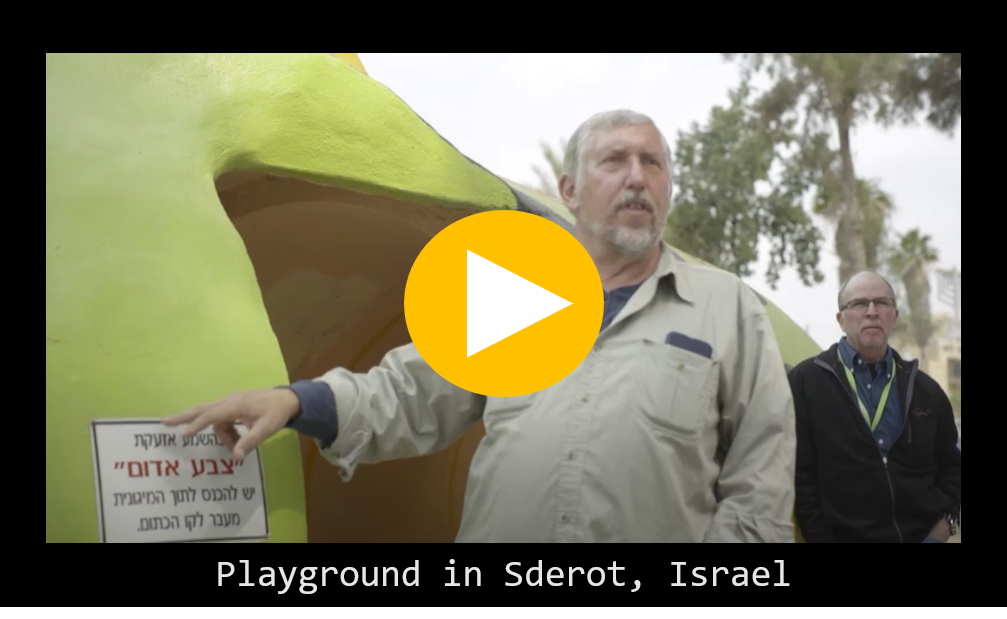 To learn more, watch this episode of The Watchman, “The Human Impact of Hamas Terror, from Sderot.”