In response to incitement by the Grand Mufti of Jerusalem, the Arab residents of Hebron began a violent rioting and murder spree throughout Hebron, killing dozens of Jews. Synagogues and homes were burned. 67 Jews were murdered, while the survivors were evacuated to Jerusalem.

As of 2021, Avraham Kiryati was the last known survivor of the 1929 Hebron massacre. He recalls being an eight-year-old boy from Jerusalem, the descendant of Jews who escaped the Spanish Inquisition, staying with his grandparents in Hebron when Arab rioters forced their way into his grandfather’s home and brutally stabbed him in the side. Avraham and his 18-year-old uncle managed to escape to the family’s chicken coop and hide there.

After that fateful and fatal day, Avraham settled in Jerusalem, eventually joining the army and fighting in the War of Independence, the Six-Day War, and the Yom Kippur War. Although he likens the Hebron massacre to the horror of the Holocaust, Avraham did not allow the experience to rob him of hope. He said, “We do not have any choice but to remain strong.”

Today, 93 years since the Hebron massacre, many individuals and nations still target the Jewish people. We have the privilege and responsibility to stand with them against hatred. 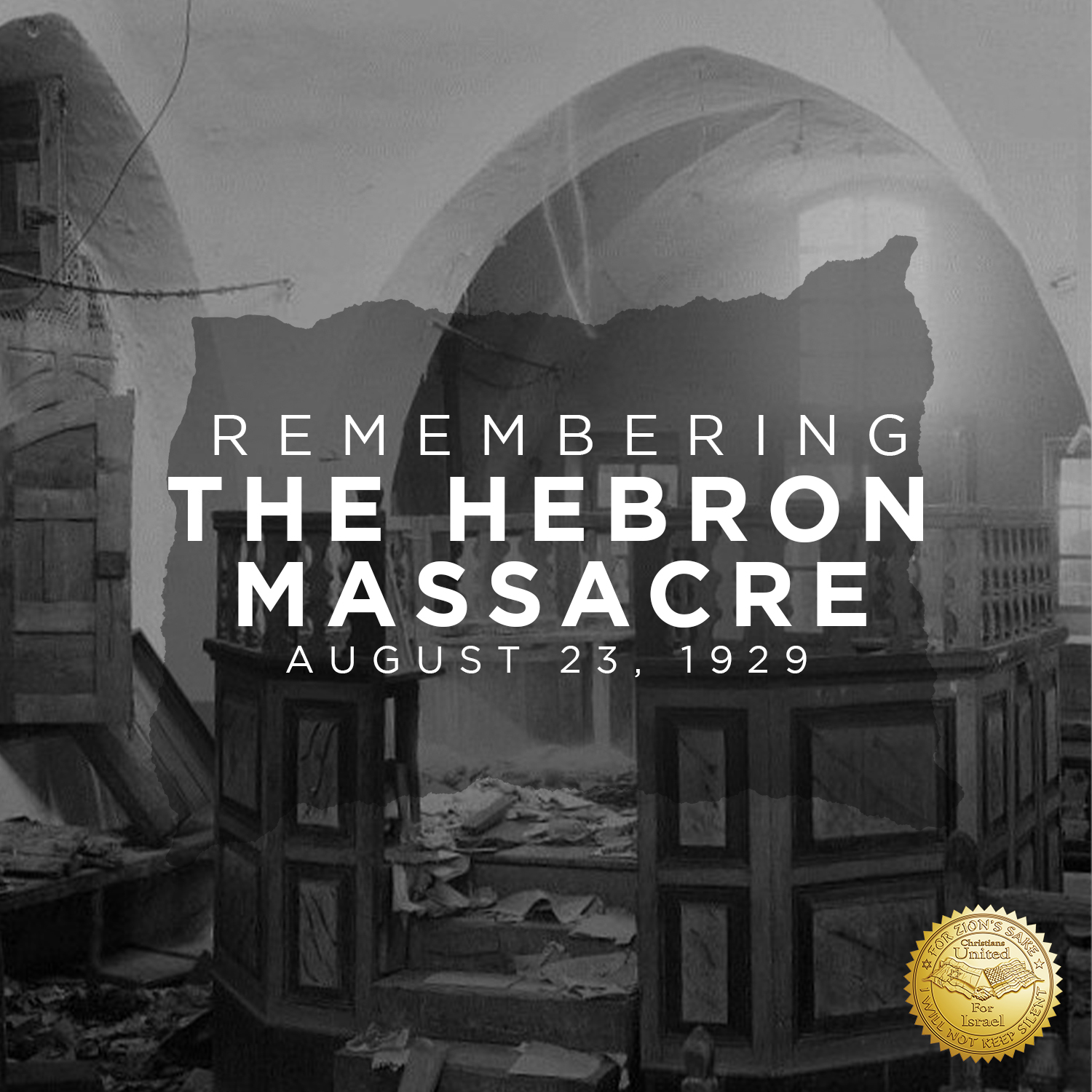 To learn more about this period in Israel’s history, check out CUFI’s The Israel Course.

Want to know more about the establishment of the State of Israel? Read CUFI’s e-book Why Christians Should Support Israel.