For eight years, Israelis along the Gaza border had endured daily rocket fire from Hamas. But in June 2014, the rocket attacks suddenly escalated. Israel sought to negotiate a ceasefire for weeks without success. Within three weeks, nearly 250 rockets were fired, forcing the IDF to respond.

On July 8th, Israel began a massive ground incursion of Gaza and discovered an even more dangerous threat. Hamas had secretly built a network of underground tunnels beneath the border with Israel. The terrorists intended to use these tunnels to infiltrate Israel’s towns and kidnap and murder Israeli citizens. The tunnels had to be destroyed. Meanwhile, the pressure on Israel to withdraw from Gaza before their mission was complete grew intense.

CUFI became one of the leading voices speaking up in support of Israel’s right to defend itself. In early August, CUFI organized an emergency solidarity mission to Israel and brought 50 U.S. pastors, one from every state, on a tour of the cities threatened by Hamas rockets and tunnels. They powerfully and publicly demonstrated their unconditional Christian support for Israel’s morally justified acts of self-defense.

Soon after CUFI’s solidarity mission returned home, Hamas finally accepted a cease-fire agreement. Israel had successfully destroyed the tunnels beneath the border and dealt a crippling blow to the terrorist infrastructure in Gaza. Israel lost 64 soldiers and three civilians during the operation. An independent assessment of NATO’s military leaders exonerated and praised Israel, stating in their 2015 report that the IDF had conducted itself by the highest possible moral standards. 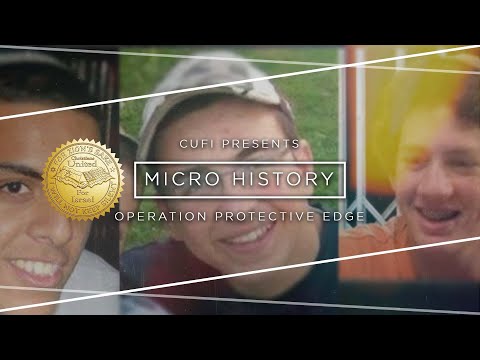 Learn how you can become more involved in advocating for Israel as she faces
threats by visiting CUFI’s Engage page.