In May 1949, the country of Yemen allowed the majority of its Jewish population to leave. Israel immediately jumped into action, launching Operation on Wings of Eagles, a covert airlift operation to bring tens of thousands of Yemenite Jews to their new home in Israel.

The operation’s official name originated from Scripture: “You have seen what I did unto the Egyptians, and how I bore you on eagles’ wings, and brought you to Myself” (Exodus 19:4).

During the operation, nicknamed Operation Magic Carpet, some 49,000 Yemenite Jews, mostly children, were airlifted to Israel from Yemen, Aden, Djibouti, Eritrea, and Saudi Arabia. The mission was secret and only revealed to the media after it was completed.

Although the huge waves of immigration during this period of Israel’s history put a strain on its extremely limited budget, Israel was willing to do whatever was necessary to bring any Jew who wanted to start fresh in the fledgling Jewish state to Israel. 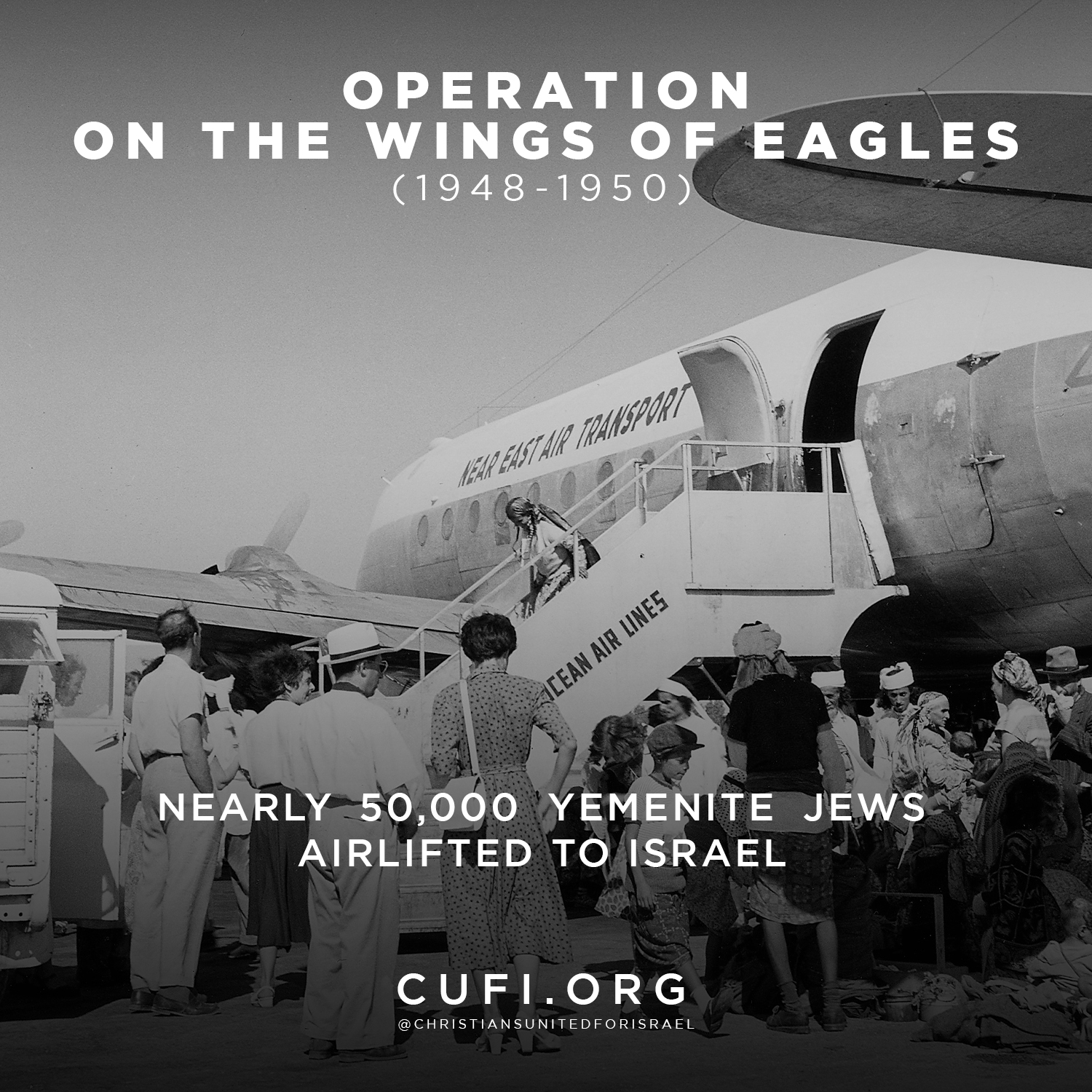