In its Declaration of Independence, Israel affirms itself as the homeland for all Jews, yet commits to a democracy defined by equality for all, irrespective of national origin; this democracy will be “based on freedom, justice and peace as envisaged by the prophets of Israel.” In other words, Israel will be a Jewish and democratic state, the first and only in the modern world.

Certain elements of Israel’s society are defined by its Jewish identity; the Israeli flag, for example, features a “Magen David,” or Star of David, a decidedly Jewish symbol. Ha-tikvah (“The Hope”), Israel’s national anthem, also highlights Jewish themes and the Jewish connection to Israel. With decidedly Jewish overtones, Israel today is a thriving society with a vibrant civil society and social movements.

Yet, as the Declaration of Independence promised, there is enfranchisement for all citizens, and all citizens are equal under the law, regardless of their faith. Israel is a haven for minorities in the Middle East who live their lives without oppression. The Christianity community in Israel is growing, and Christians are highly educated. Arab-Israelis have held elected office in Israel, served as high ranking officers in the military, and represented Israel in diplomatic posts abroad. The Arabic language holds a “special status” in Israel, in recognition of its importance to the minority community. 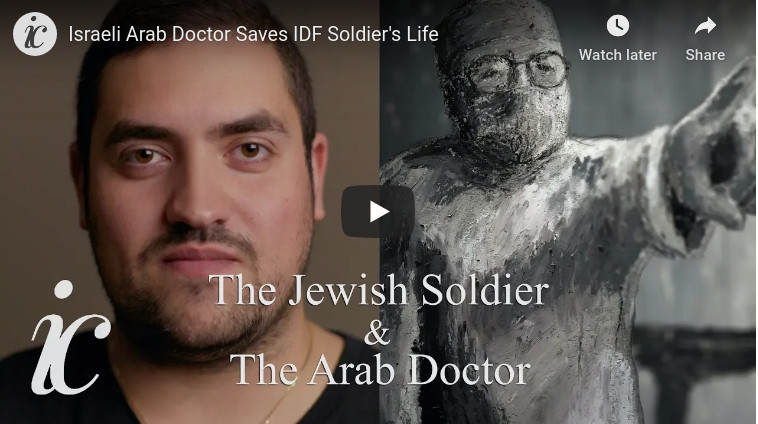 Share this video with your friends so they can experience the remarkable story of a Jewish soldier and Arab doctor’s path interwinding in a stunning portrayal of Israel’s thriving democracy where all enjoy equality, irrespective of national origin.

To learn more about Israel’s diversity despite its decidedly Jewish character, study Lesson 4 of The Israel Course.