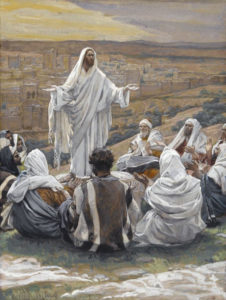 Though both Christianity and Islam are considered Abrahamic religions, in that they have their roots in Judaism, the Christian connection to Israel is especially strong. Christians cherish both the Old and New Testaments, in which God has made promises to the Jewish people that He still plans to fulfill and has graciously included the Church in His covenants with Israel. Even today, Judaism is the root which supports Christianity, and Christians are to be grateful toward our Jewish friends and neighbors for their contributions to the Christian faith.

Let’s go all the way back to the very beginnings of Christianity: Jesus.

Christians believe that Jesus is the promised Messiah foretold in Scripture.

He began his earthly ministry at 30 years old, a Jewish rabbi (teacher) teaching in Judea and Galilee. For three years, He travelled the land of Israel preaching repentance and the arrival of the kingdom of God. He chose a small band of disciples, all Jewish, who followed Him wherever He went. After He died, was resurrected, and ascended into heaven, the disciples received the Holy Spirit and began to preach the “Good News” that Jesus is the promised Messiah.

Thousands of people came to faith in Jesus. At first, Christianity was seen as a Jewish sect or an offshoot of Judaism (see Acts 11:26, 22:4). However, as more and more Gentile (non-Jewish) believers came to faith in Christ, they were themselves persecuted locally and also by the state. The Church began to break away from its Jewish roots and eventually even began to persecute Jews in many cases. The Apostle Paul warned about the potential for Christians to forget their Jewish roots in Romans 9-11. 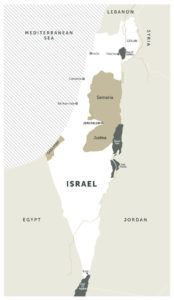 Several historical events played a role in the Church losing touch with its relationship and its responsibility to the Jewish people. These events brought with them not only a physical distancing, but more importantly, a failing to understand clear scriptural teachings that the Church is to respect and honor the Jewish roots of the Christian faith.

The first followers of Jesus were Jewish people living in the Jewish homeland. They heard Jesus teach in the temple in Jerusalem, on the hills of Judea and Samaria, on the shores of the Galilee, and on the banks of the Jordan.

Originally called “Followers of The Way,” these early believers were seen as a sect of Judaism and still worshiped in the temple in Jerusalem (e.g., Acts 3:1). These first believers in Jesus began relocating throughout the region in response to persecution. Because of this, the teachings of Jesus were shared with Gentiles (non-Jews), and Christianity quickly spread throughout the Greek-speaking world.

In 70 A.D., following the First Jewish Revolt, future Roman Emperor Titus besieged Jerusalem, destroying both the city and the temple. Later, during Emperor Hadrian’s reign between 117 and 138, he renamed Judea (from which the word “Jew” is derived) to Syria Palaestina after the ancient enemy of the Israelites, the Philistines. Though the Philistines no longer existed in 70 A.D., the renaming of the Jewish homeland was meant as a final insult to the now forcibly expelled Jewish people.

In Jerusalem, Christians, as believers were now called, did not join in either of the two Jewish revolts against the Roman Empire. After the Second Jewish Revolt 132-135 A.D., Christians were seen as disloyal for evacuating Jerusalem before its destruction. This led to a physical parting of the way between early believers in Jesus and the Jewish community.

In 313 A.D., Roman Emperor Constantine issued the Edict of Milan that ended the persecution of Christians, paving the way for the acceptance of Christianity and, later, the declaration of it as the official religion of the Roman Empire by Emperor Theodosius I in 380 A.D. Gradually, Christianity, though viewed as a sect of Judaism in its beginnings, was now considered a Gentile religion. With little experiential knowledge or connection to the Jewish roots of their faith, and with false doctrine regarding the Jewish people creeping into the church, each new generation of Christians grew further away from an understanding of their relationship and responsibility to the Jewish people as outlined by Paul in his letter to Roman Gentile believers.

Christians were not called “Christians” (which means “little Christs”) until a few decades after Jesus’s death and resurrection. Acts 11:26 says, “And they were first called Christians at Antioch.” Before that, Christians were called “followers of the Way” (see Acts 9:2).

In these verses, Paul tells a group of Roman Christians, Gentiles, that God is not done with the Jewish people. Throughout history, God has always preserved a “remnant” of Jews who are faithful to the covenant, including Paul himself. He explains that even though most Jews were not coming to believe in Jesus as the Messiah, droves of Gentiles have become believers in Jesus and make up the Church.

This is by design, not by accident, Paul explains. Gentile believers have become branches in a tree which was originally only made up of Jewish believers. It was not the case that God had moved on from the Jewish people to the Gentiles, replacing Israel as His special people. Instead, God was sovereignly and graciously providing Gentiles with the opportunity to be included in God’s covenants with Israel—and He was spreading this salvation through Jews, like Paul!

Paul anticipated the problem of Christians becoming arrogant toward Jews, even in those early days. Perhaps Gentile Christians had already begun to look down on the Jews with an air of superiority for being “disobedient.” But Paul is clear that Christians must not be arrogant. Instead, we must examine ourselves, not others, to make sure we are walking in faith. Instead of pretending Christians are superior to the Jews, Paul says that Judaism is the “root which supports” Christianity! Pastor John Hagee says that Christianity cannot explain itself without Judaism.

The Jewish people have blessed us spiritually, medically, scientifically, artistically and beyond. Later in his letter to the Romans, Paul refers to the Jewish people’s contribution to our Christian faith and reinforces the response that Gentile Christians should have toward them:

“It pleased them indeed, and they are their debtors. For if the Gentiles have been partakers of their spiritual things, their duty is also to minister to them in material things” (Romans 15:27).

Because of the Jewish roots of our faith, Christians are to view the Jewish faith with an attitude of gratitude, mutual respect and understanding, and love.

When God promised blessing, land, and descendants to Abraham, He swore by Himself. In the ancient world, it was a common practice to swear by someone greater than yourself. But God swore by Himself because it is impossible for Him to lie and He also made an oath to the “heirs of what was promised,” the Jewish people, to keep His word. God’s faithfulness to His promise is the reason why replacement theology is unbiblical. It calls into question God’s character His faithfulness to His people. If God forsakes the Jewish people, to whom He said “I will never leave you nor forsake you,” how could we trust Him when He says “I will be with you, even to the end of the age” (Deuteronomy 31:6, Matthew 28:20)?

The Christian faith rests on the solid foundation of God’s faithfulness to His covenants with the Jewish people.

Why Christians Should Support Israel, Vol. 1 by Pastor John Hagee.