Is ‘Land for Peace’ All There Is to It?

Is ‘Land for Peace’ All There Is to It?

In June 2004, Prime Minister Ariel Sharon announced plans to unilaterally disengage from Gaza. Gaza was a territory that Israel had won during The Six-Day War in 1967. Israel hoped that withdrawing from Gaza would be an important step toward lasting peace with the Palestinians.

In 2005, Israel left Gaza, uprooting 1,700 families and 21 Jewish communities. Schools and synagogues were closed, and graves and military bases relocated. Greenhouses and other structures from previous Israeli communities were left behind for Palestinians’ use and benefit. Yet upon Israel’s withdrawal, Palestinians instead entered these previously Israeli-owned buildings and destroyed them, along with several synagogues.

Following Israel’s withdrawal, the Palestinian Authority failed to transition smoothly into full control of Gaza. This leadership vacuum led to the terrorist group Hamas’s rise to power. To this day, Hamas diverts humanitarian resources away from the people in Gaza to buy weapons and dig tunnels for their war against Israel.

Since 2005, approximately 20,000 rockets, mortars, missiles, and incendiary IEDs (including anti-tank missiles, Qassam rockets, and Grad rockets) have been launched at Israel by Gaza-based terrorist groups. In 2021 alone, over 4,000 rockets were fired at Israel. 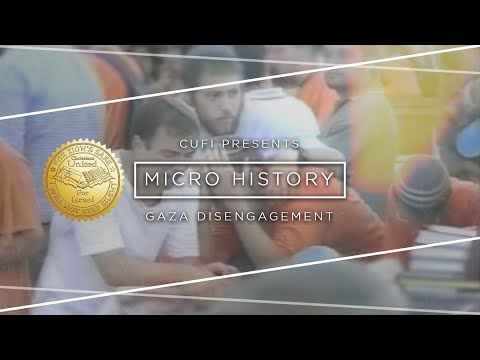 Follow CUFI on social media to make sure you stay up to date with all things Israel.

Watch this episode of the CUFI Weekly to learn more about how Palestinian leaders incite their people to terror: