The Jewish concept of tikkun olam, Hebrew for ‘fixing the world,’ inspires Israelis of all backgrounds to engage with the world around them and to make it a better place.

Because Israel is surrounding by hostile states, all of which have actively worked toward Israel’s destruction, in addition to the constant threat of potential terrorists in Gaza and the West Bank, Israeli technology, both in the military and private sector, have developed out of necessity. For example, one company in Israel, RT  Aerostats Systems, was initially founded to provide cost-effective reconnaissance balloons for the Israeli military but these balloons were later used in Mexico to search for survivors immediately following that country’s recent deadly earthquake.

Israel’s shortage of natural resources also contributes to its culture of innovation. Despite its location in the oil-rich Middle East, Israel has no oil. The country itself is almost entirely desert. Yet Israel has ranked at the top or near the top of foreign countries with companies listed on the Nasdaq and has outranked the United States on the Bloomberg Innovation Index. Typically, successful countries have a plethora of resources, strategic significance, or size to help them develop. Israel has none of these things. Instead, Israel’s lack of resources has forced its population to be innovative, strategic, and forward-thinking. Agricultural developments, like Netafim’s drip irrigation system, have helped to feed Israel’s growing population and create a sustainable food supply. These technologies have also helped people across the globe, from Benin to Senegal.

Because of tikkun olam, Israelis of all backgrounds, as well as the non-Jewish minority, seek to solve problems for the greater good of their society as well as globally. To learn more about how U.S. aid to Israel is an investment in America, watch this CUFI Weekly episode. 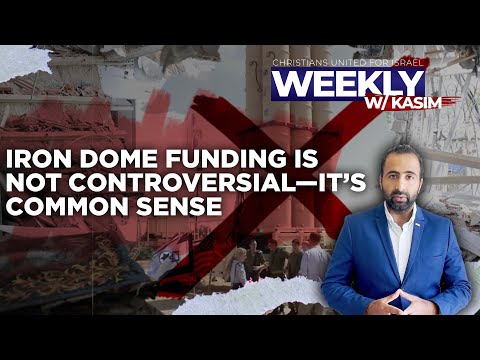 Share this video with your friends and family on social media.

To learn more about how Israeli innovation is helping “repair the world” (tikkun olam), read CUFI’s Primer, “The Heart of Israel: Tikkun Olam.”