You satisfy me more than the richest feast.
I will praise you with songs of joy.

Before reigning over all Israel, the anointed King David endured extensive periods of persecution at the hands of King Saul, whom God had rejected as king. He was often in the wilderness on the run from the crazed man who obsessively sought his life (c.f. 1 Samuel 22:5; 23:14).

Yet he wrote that what satisfied his soul in these seasons was intimacy with God. Although people sought to kill him, his meditation during the night was upon God and His past deliverances; these constant thoughts of God gave him assurance that God would deliver him again.

In the wildernesses of our lives, we often assume that what we need is physical or material–that our lack must be met with God’s provision in a tangible sense. David, for example, lacked shelter, security, and comfort while he hid from King Saul. But he nourished himself with the only true source of sustenance–communing with God. In this psalm, he expressed his longing not for a place to lay his head, peace with his enemies, or abundance, but for God alone.

Jesus did the same while being tempted in the wilderness by the devil. He feasted upon the word of God, which is living and active, breathed out by God and used by the Holy Spirit to draw us near to God (c.f. 2 Timothy 3:16).

If you feel empty or despairing, seek the presence of the Lord until He satisfies you with His love. He promises to fill you (see Psalm 81:10). 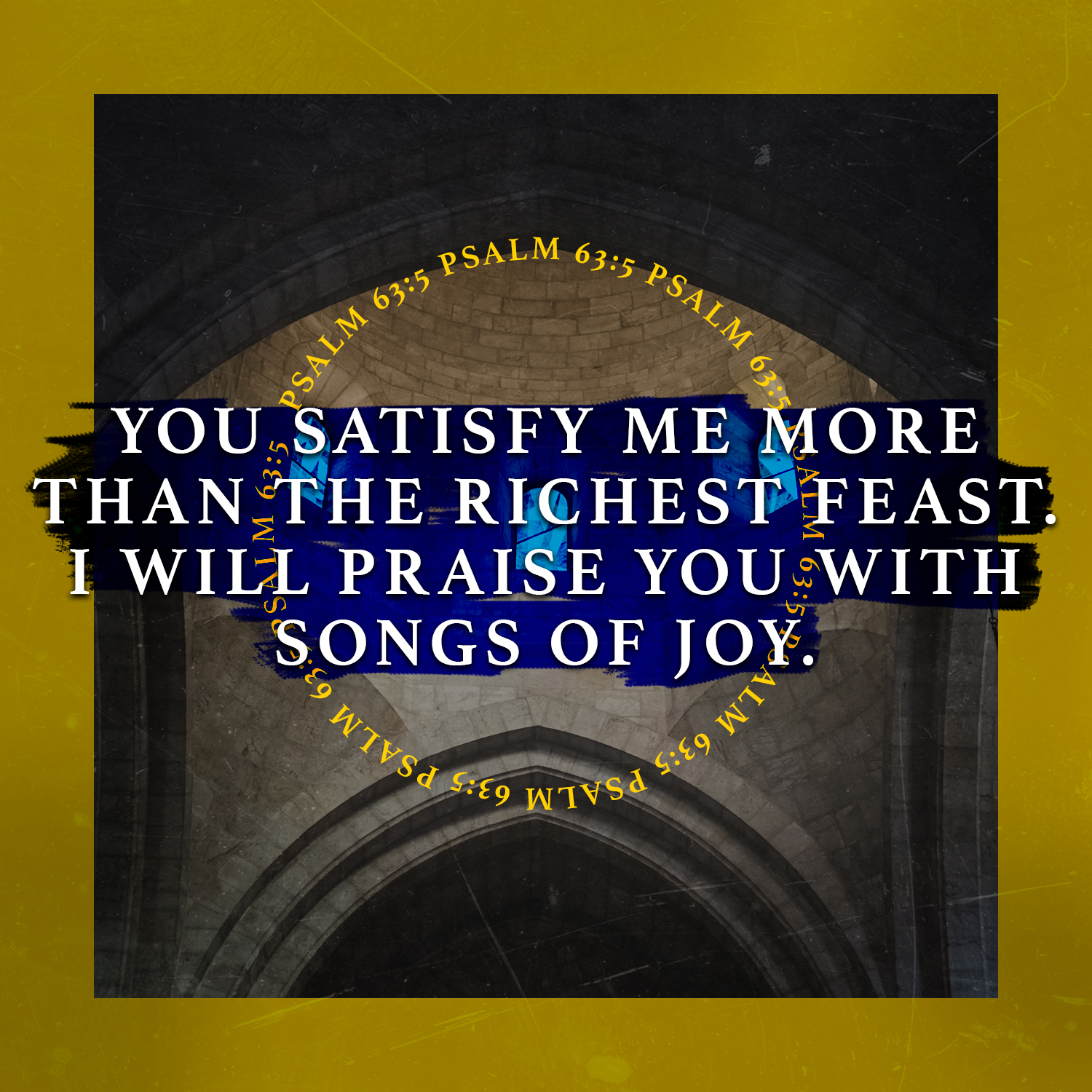