Samuel said, “Has the Lord as much delight in burnt offerings and sacrifices as in obeying the voice of the Lord? Behold, to obey is better than sacrifice, and to heed than the fat of rams.”

The story of King Saul is truly a tragedy, one that opens with a promising hero who had great potential but ends with his squandering it because of his pride. Saul turned out to be the very opposite of what a godly king should be, but his downfall was not what one may expect: he disobeyed God with what he thought were very good intentions.

When God commanded Saul through the prophet Samuel to destroy all that had breath among the Amalekites, Saul and his men were unwilling to kill the best of the livestock. After Samuel confronted Saul about this disobedience, Saul shifted blame onto his troops—denying the responsibility he bore as their leader—and claimed they intended to use the spared livestock to sacrifice to the Lord.

While such a plan may sound pious, it was not what God had commanded. Samuel rebuked Saul and reminded him: To obey is better than sacrifice.

Our obedience is more important than outward religious activities. Over and above ritualistic dutifulness, God delights in repentance and obedience 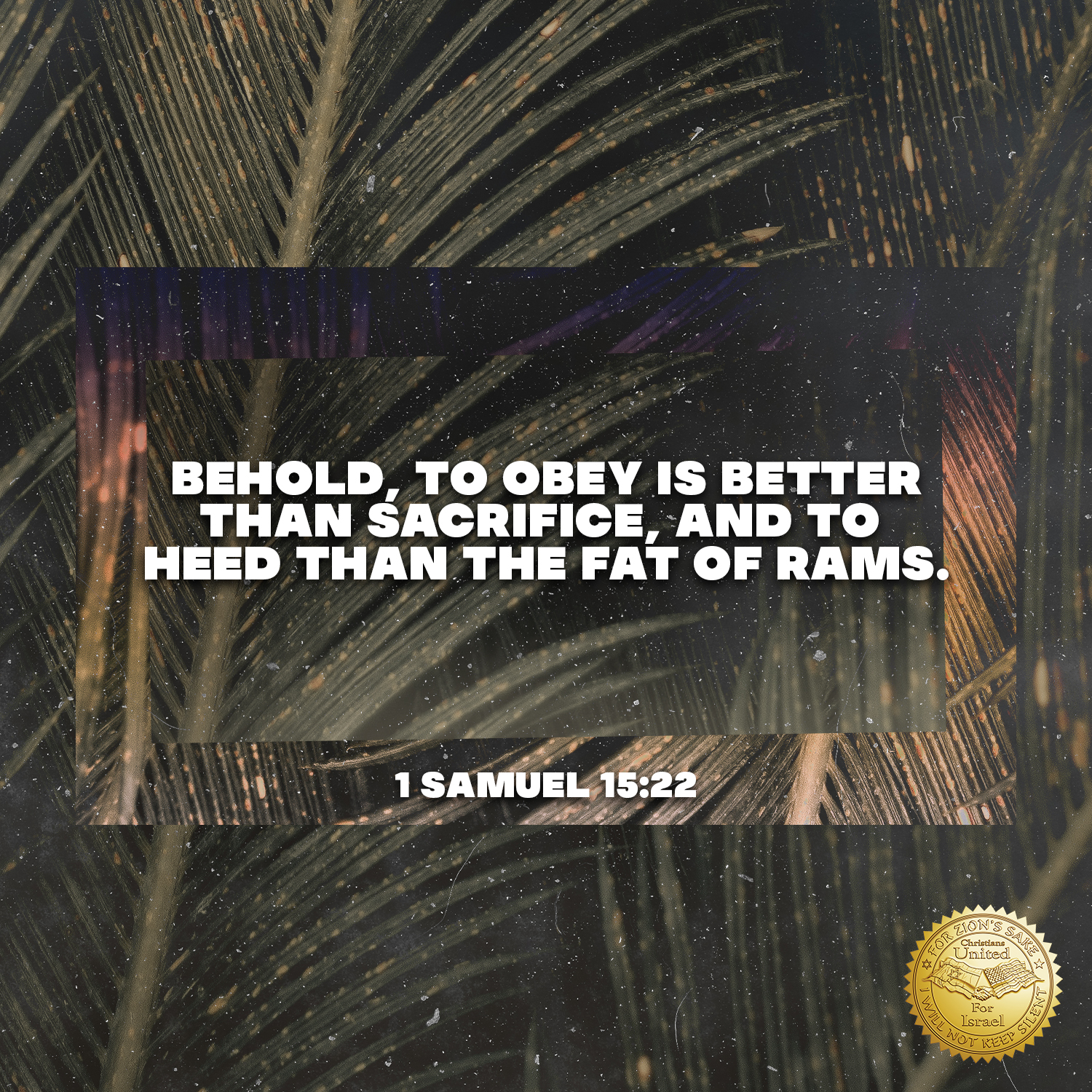 Pray: Ask God to give you a heart after His own—one that yearns to worship Him and is inclined to do His will.