“But He knows the way I take;

When He has tried me, I shall come forth as gold.”

It’s likely that most of us, when we think of the testimony of Job’s life, do not think of the compassion of God. Yet the testing of Job, in which he proved God right by staying faithful to the Lord even under maximum pressure, is meant to show us that our God is gracious. James, the brother of Jesus, sums up the end result of Job’s endurance and suffering this way: “The Lord is full of compassion and is merciful.”

For Job’s part, he staunchly insisted to his misdirected friends that he had not left God; indeed, on the contrary, God seemed to have left him (Job 23:8-12). But Job clung to his faith that God was watching and would, after testing him, allow his righteous character to shine forth like gold. Job believed God would vindicate him, and He did. But, centuries later, James looks back at Job’s life and sees that God’s primary purpose was to vindicate His own character. Through Job, God proved to Satan that He is worthy of worship, even if He does not provide lavish gifts to His people; and, in the end, He proved to be exponentially compassionate and merciful by multiplying Job’s earthly blessings—and giving Job a glimpse of His glory.

During the difficulties you encounter this week, consider how God may be refining your character and drawing you near to Him. If you are unjustly accused, remember He will one day bring you forth “as gold” from the fire. And hold fast to the truth that, at the end of it all—after every tear, trial, and tribulation which we endure righteously—what the Lord will bring about will turn out to be a stunning confirmation of His great compassion and mercy. 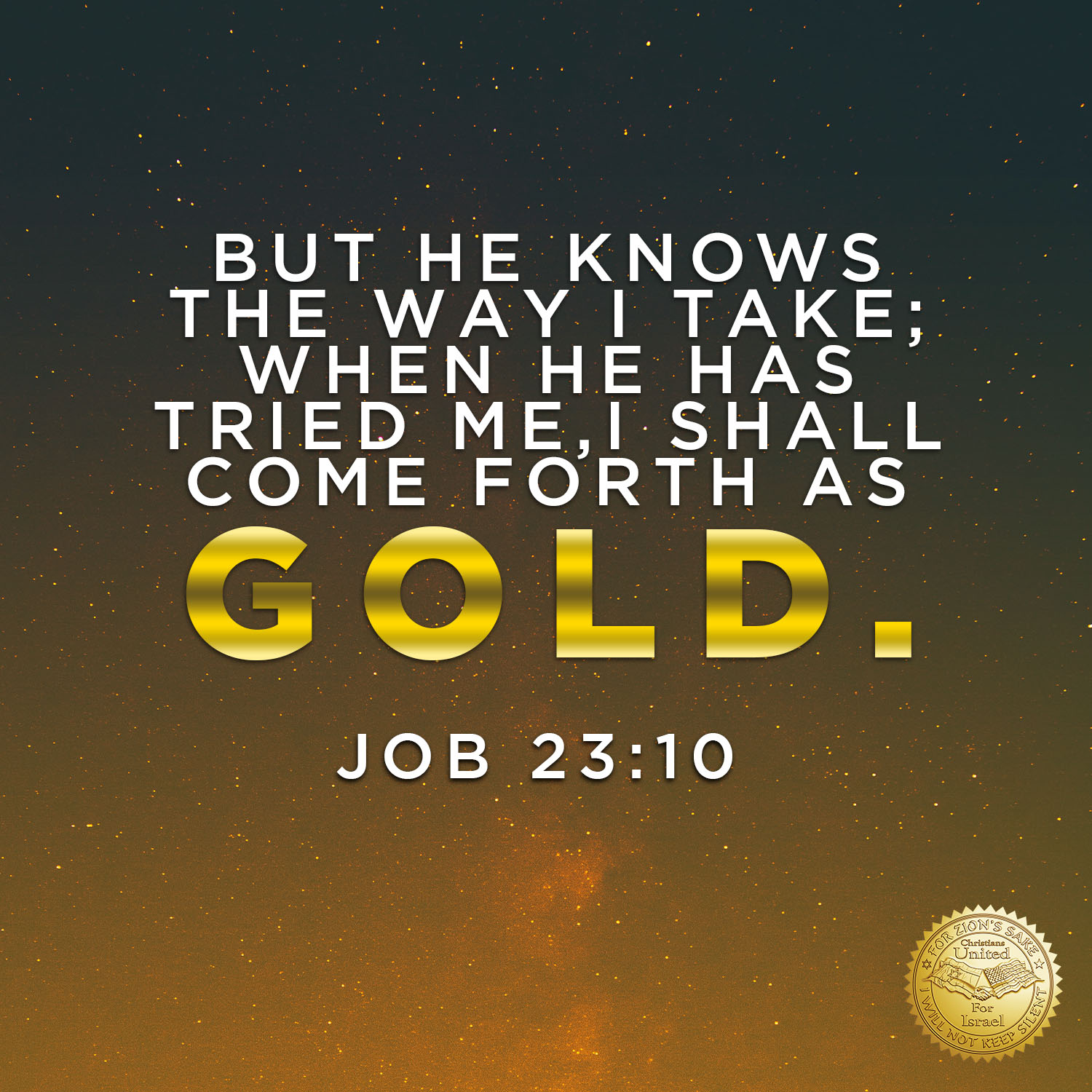