CUFI’s Word of The Week – Nations, Beware: Genesis 12:3 In Action

CUFI’s Word of The Week – Nations, Beware: Genesis 12:3 In Action

“For the day of the Lord draws near on all the nations. As you have done, it will be done to you. Your dealings will return on your own head.”

Scripture indicates that nations are blessed based on their treatment of Israel. Genesis 12:3 is true not just of individual persons’ blessing or cursing Israel, but also entire nations’.

Though the book of Obadiah is short, it powerfully illustrates this truth: in the wake of disaster, judgement is pronounced upon Edom, the nation descended from Esau (Jacob’s brother), for gloating and standing by while Israel was attacked and invaded and Jerusalem destroyed. Although Edom, filled with pride, imagined itself invincible, God promised to show them their impotence and punish the nation for its hostility toward His covenant people.

Obadiah’s prophecy, which is unique in the biblical canon because it is a pronouncement primarily directed to a nation other than Israel, is the outworking of the latter half of Genesis 12:3–those who curse God’s covenant people will be cursed. But the book encourages Israel by confirming the Lord’s continued commitment to His covenant promises. No matter how long it takes, God will judge the nations who mistreat the apple of His eye.

Obadiah presents a timely message for us as American Christians. God’s word is clear: if we do not help Israel in her day of trouble, God will allow that trouble to come to America. More than ever before, CUFI’s movement is catching fire– because it’s a movement that is biblical, good, and world-changing. We stand with Israel for Zion’s sake–and America’s. 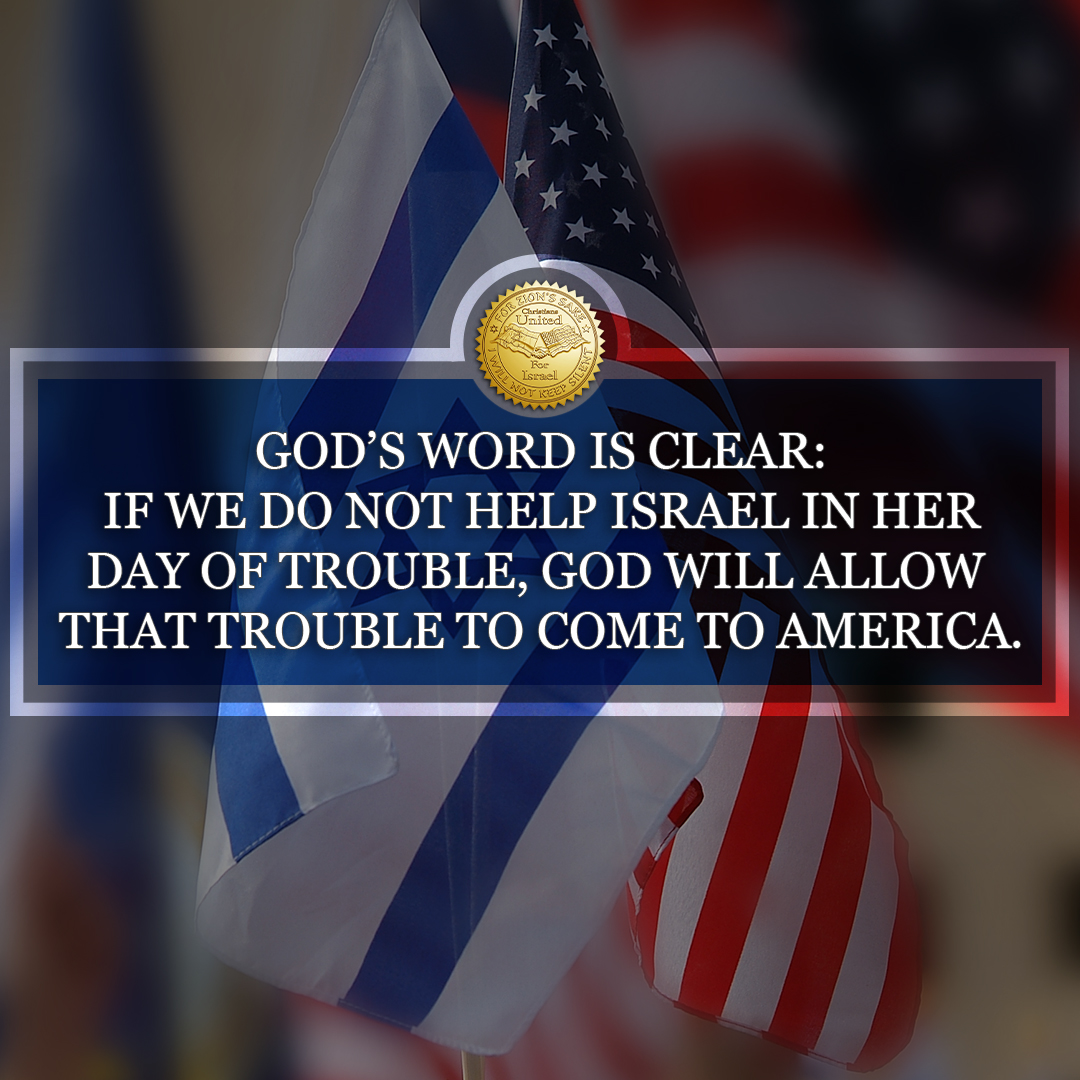 Watch this video about CUFI.