CUFI’s Word of The Week – Is there not a cause?

CUFI’s Word of The Week – Is there not a cause?

When David took food to his brothers while they were preparing to enter battle with the Philistines in the Valley of Elah, he was confronted with a choice. Should he to return to his father with news from the front or stay and fight Goliath?

David chose to stay and do his part: kill the evil giant! He was mocked by his elder brother as well as the establishment by being falsely accused of pride and disrespect, while all the others ran in fear of the threatening Philistine.

What was David’s response?

Israel is once again facing existential threats, including Iran’s acceleration of its nuclear and missile developments, the stockpiling of sophisticated missiles by Hezbollah and Hamas, and the rise of anti-Semitism worldwide.

Israel needs to know now, more than ever, that they are not alone!

We, as David did, have the choice whether to watch from the sidelines or take a bold stand with personal involvement and dramatic action on behalf of Israel.

There are many ways to get involved with CUFI and support Israel. You can bring a CUFI speaker to your community, lead a CUFI small group, follow us on social media, or become a CUFI partner.

Is there not a cause?

Yes…that cause is Israel! 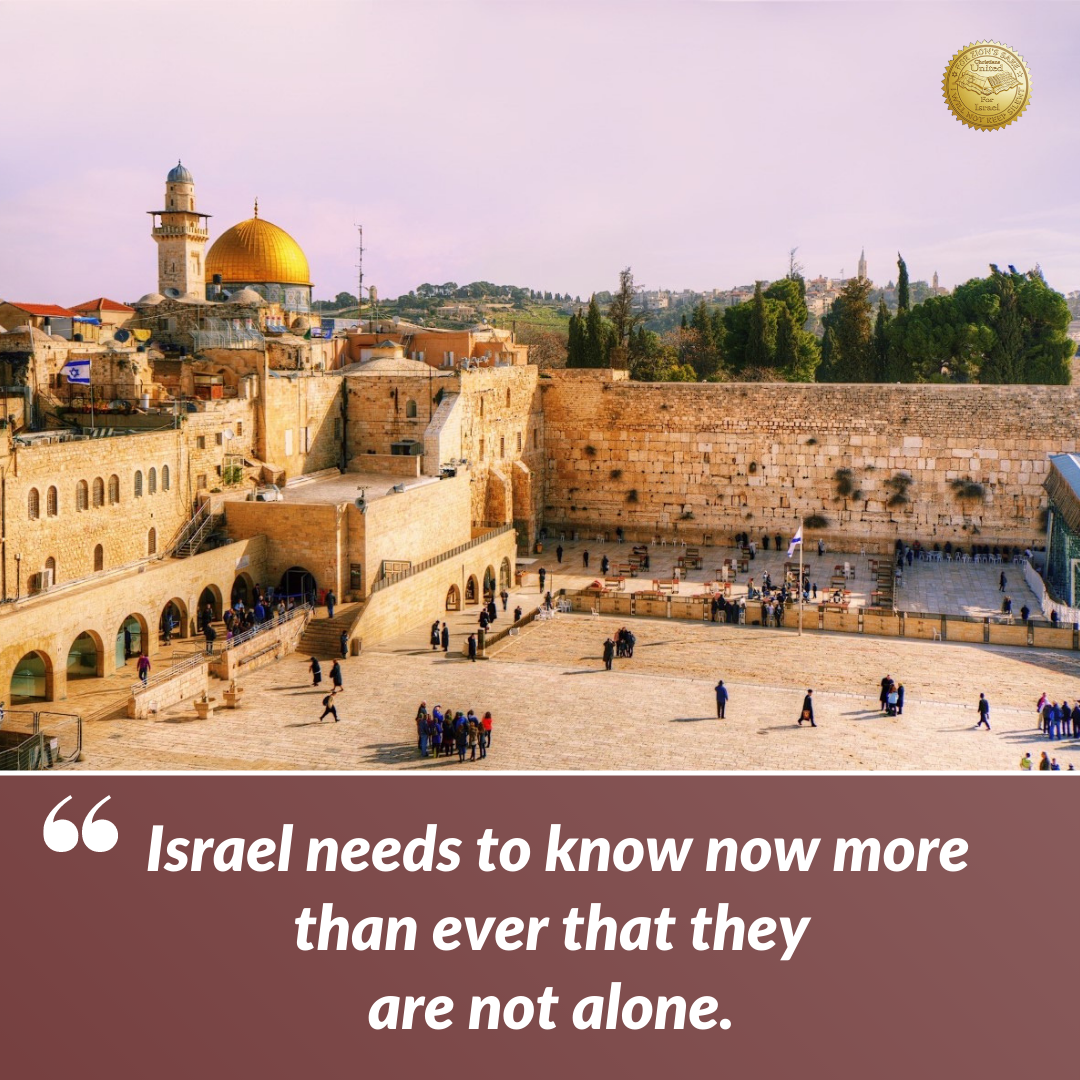 Act: Sign up to receive CUFI’s Daily Briefing, a daily news roundup to your email inbox with relevant Israel-related headlines.