“I lay down and slept; I woke again, for the Lord sustained me.”

Trouble sleeping? Most of us have known the frustration of fitful sleep, too little sleep, and even insomnia. Natural cures, medications, meditations, and more exist for moments when we find ourselves wide awake in the middle of the night.

David wrote Psalm 3 when he was on the run from his son, Absalom, who had staged a coup to steal his father’s crown. While Absalom sat in David’s palace and proclaimed himself king, the one whom God had anointed as king wrote about the peaceful sleep he enjoyed in the wilderness.

His secret to a good night’s rest? Trust in God.

Though David’s enemies mocked him and believed God had abandoned him, David knew better. He knew the Lord—not his crown—was his shield, his glory (his significance), and the One who would exalt him at the proper time (vv. 1-4). Even if tens of thousands of men enclosed in on him, and soon they would when Absalom would march against David’s army, David trusted in the Lord, who brought him peace and dispelled all his fear—plus, gave him a full eight hours of shut-eye.

Jesus invites us to leave our worries at His feet. He Himself, when He suffered, entrusted Himself to God, who judges rightly. Whether you have been hurt by someone, like David was by his son, or whether your health, finances, or family relationships need healing, cast your cares upon God and experience His peace. 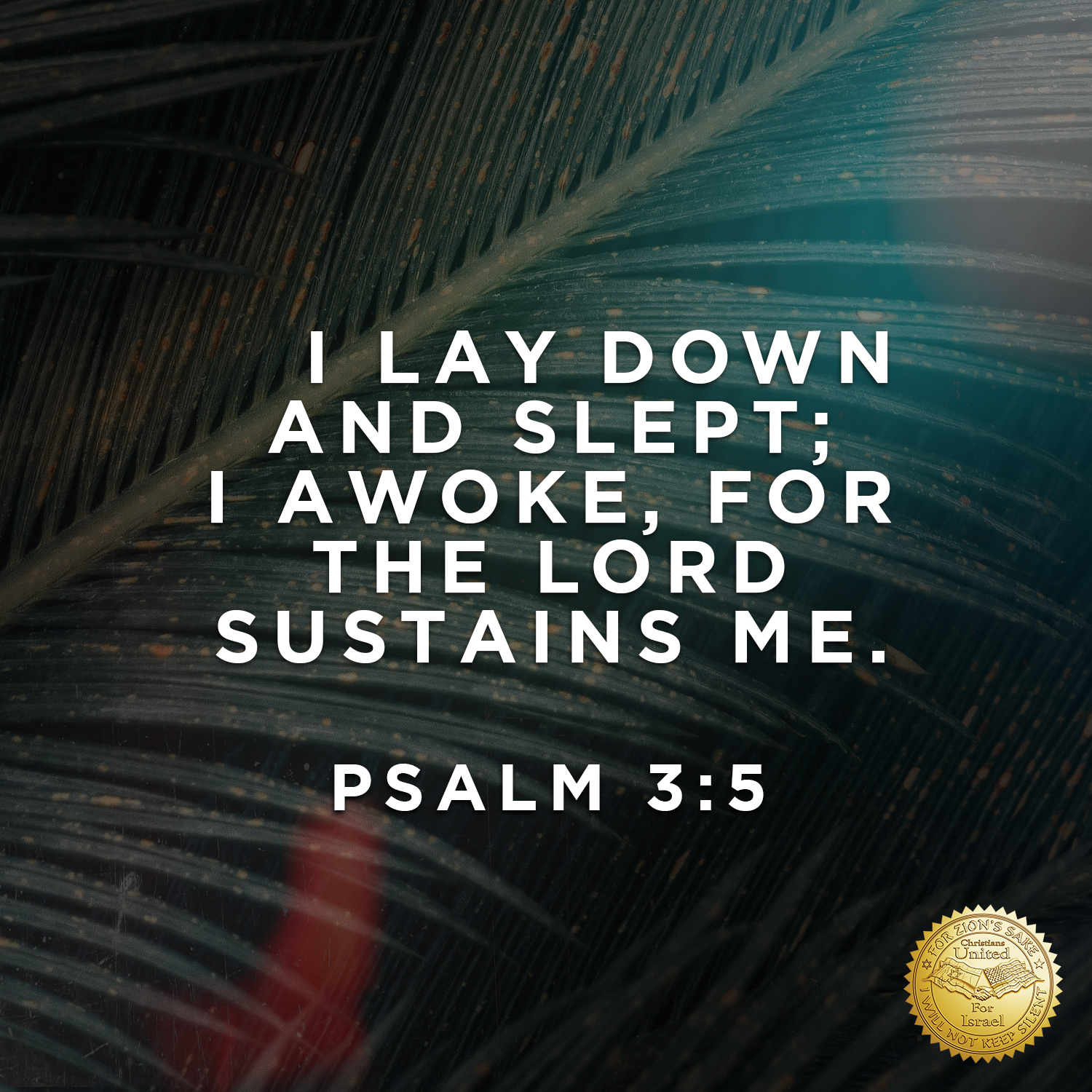