CUFI’s Word of The Week – How Many Loaves Do You Have?

CUFI’s Word of The Week – How Many Loaves Do You Have?

And He said to them, “How many loaves do you have? Go look!” And when they found out, they said, “Five, and two fish.”

The famous account of Jesus’s miraculous multiplication of five loaves and two fish to feed 5,000 men (not to mention women and children), recounted in each of the four Gospels, is carefully framed to highlight the disciples’ blindness to Jesus’s identity and mission. Although they had been with Jesus every day for some time and had even begun ministering as apostles (“sent out ones”) in His name, they lacked spiritual understanding that could only be provided through the Holy Spirit’s illumination.

The disciples had been busy teaching, healing, and casting out demons, as Jesus had sent them out to do. They were so busy they had not had time to eat. Jesus invited them on a retreat to recharge, and they set sail with the intention of finding solitude and rest. But when they arrived ashore, crowds had already gathered and were waiting for them.

Jesus, rather than send the crowds away, ministered to them all day until it was late. The disciples suggested He finally send them away to get food, but Jesus astonishingly commanded them to provide food for the hungry crowds!

Their shock is evident in their question: “Shall we go and spend two hundred denarii on bread and give them something to eat?” The disciples, though they had been performing miracles in the power Jesus had given them, lacked the faith to consider the possibility they could provide food for the people also

Jesus’s response is important: He utilized what the disciples already had instead of highlighting what they still lacked. The result was 5,000 men (up to 20,000 people total) who were completely satisfied, and 12 baskets full of leftover food, suggesting more than enough for each of the 12 exhausted and famished disciples.

In the face of our exhaustion and lack, we can expect Jesus to rejuvenate us and recharge us for ministry by repurposing what we already possess. 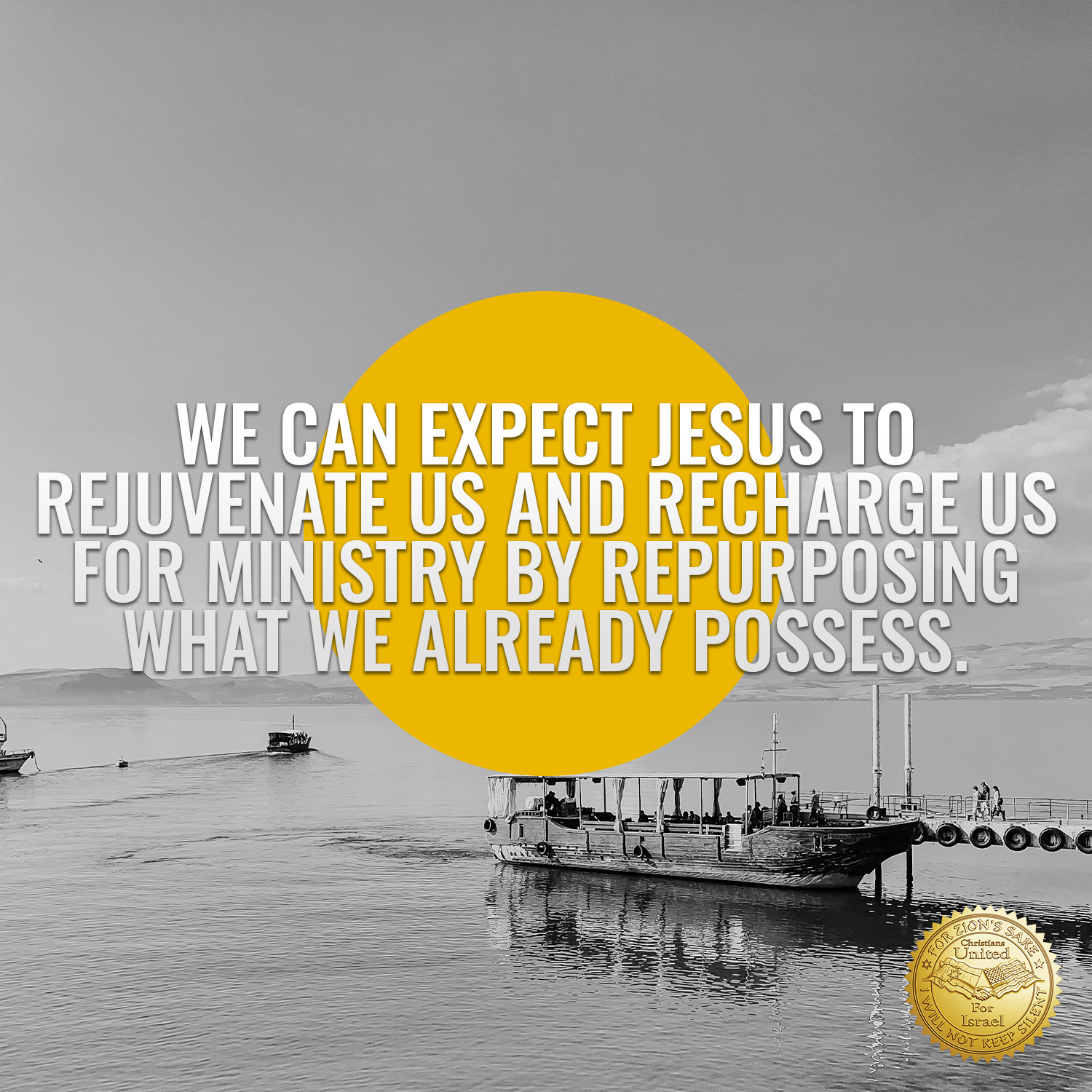 Pray: Thank God that He has provided you with everything you need for life and godliness (c.f. 2 Peter 1:3). Spend time in His presence considering how He may have already blessed you with what you need to be pleasing to Him in whatever situation you are facing.