Have you ever been angry at the seemingly harsh judgments of God? David was. But, for David, that anger quickly gave way to fear.

During his first attempt to move the ark of the covenant, the symbol of God’s presence with His people, to Jerusalem, David failed to follow God’s prescriptions. He did not assign Levites to carry the ark on their shoulders as was commanded; instead, two men wheeled the ark on a cart as the Philistines had done (1 Samuel 6:7-8). While it was being wheeled, the oxen stumbled, and one of the men, Uzzah, reached out to steady the ark, showing blatant irreverence. He was immediately struck dead.

The story stresses the importance of approaching God with awe and reverence—and in the manner in which He prescribes. While God longs to draw near to His people, He requires that they come in the right manner with the right heart.

David soon realized he had no reason to fear when the ark was housed temporarily at the house of a Levite and his entire family was blessed because of it. God showed David that although He is holy, He wants to dwell with His people.

Through Christ, we now can approach the throne of God with boldness. 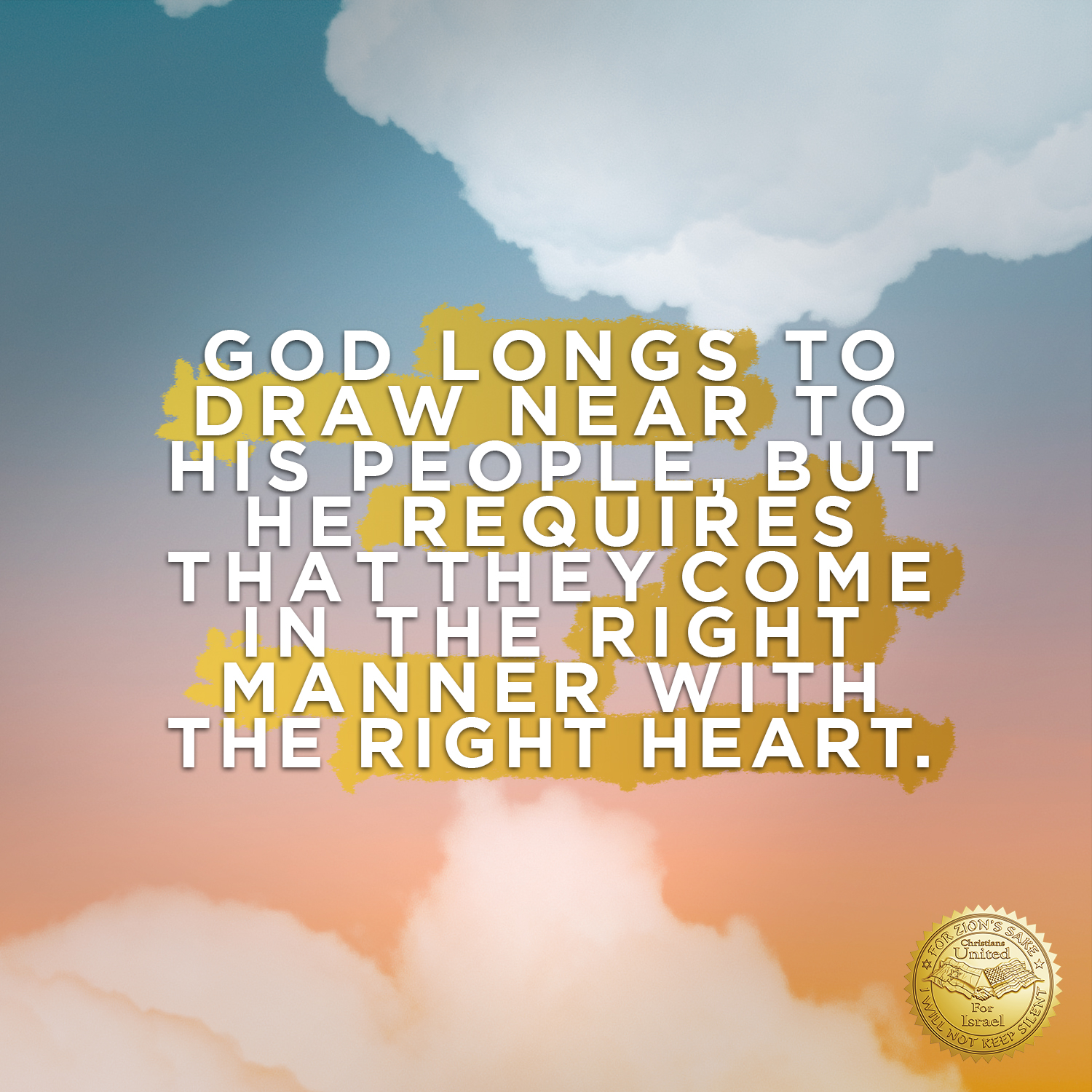