On Thursday morning, a siren will sound throughout Israel. All work and activity will stop – as Jews silently remember the darkest period in their history, the Holocaust. Called Yom HaShoah in Hebrew (“shoah” is the biblical Hebrew word for “whirlwind”), this day in Israel is one of solemn remembrance of the six million Jews killed under the evil and murderous regime of Adolf Hitler. Jews will light candles for victims of this genocide and gather to listen to the stories of the Survivors left.

The majority of Christians remained heartbreakingly silent while their Jewish brothers and sisters were being murdered. A German Lutheran pastor who lived during the Holocaust wrote,

First they came for the socialists, and I did not speak out—

Because I was not a socialist.

Then they came for the trade unionists, and I did not speak out—

Because I was not a trade unionist.

Then they came for the Jews, and I did not speak out—

Because I was not a Jew.

Then they came for me—and there was no one left to speak for me.

After the horrifying events of the Holocaust, Christians said, “Never Again.”

Today, anti-Semitism is rising at levels not seen in decades. In 2018, assaults against Jews doubled. In 2019, we saw an increase in violence against Jews. In 2020, we saw the rise of anti-Semitic hate on social media and in person against Jews worldwide, especially related to COVID-19. Yet this time, Christians are not standing idly by while Jews are being attacked. This time, Christians stand by the promise Never Again and rally to action with the oath, “For Zion’s sake, we will not rest or be silent.”

CUFI’s full-length documentary Never Again? is streaming on demand now at SalemNow.com. This film shines the light on the evil darkness of anti-Semitism through the eyes of a Holocaust survivor and an anti-Israel radical who has been transformed into a pro-Israel activist.

Through this groundbreaking film, you will be challenged with the question: in the face of anti-Semitism today, will you remain silent, or will you act in defense of our Jewish friends and neighbors? 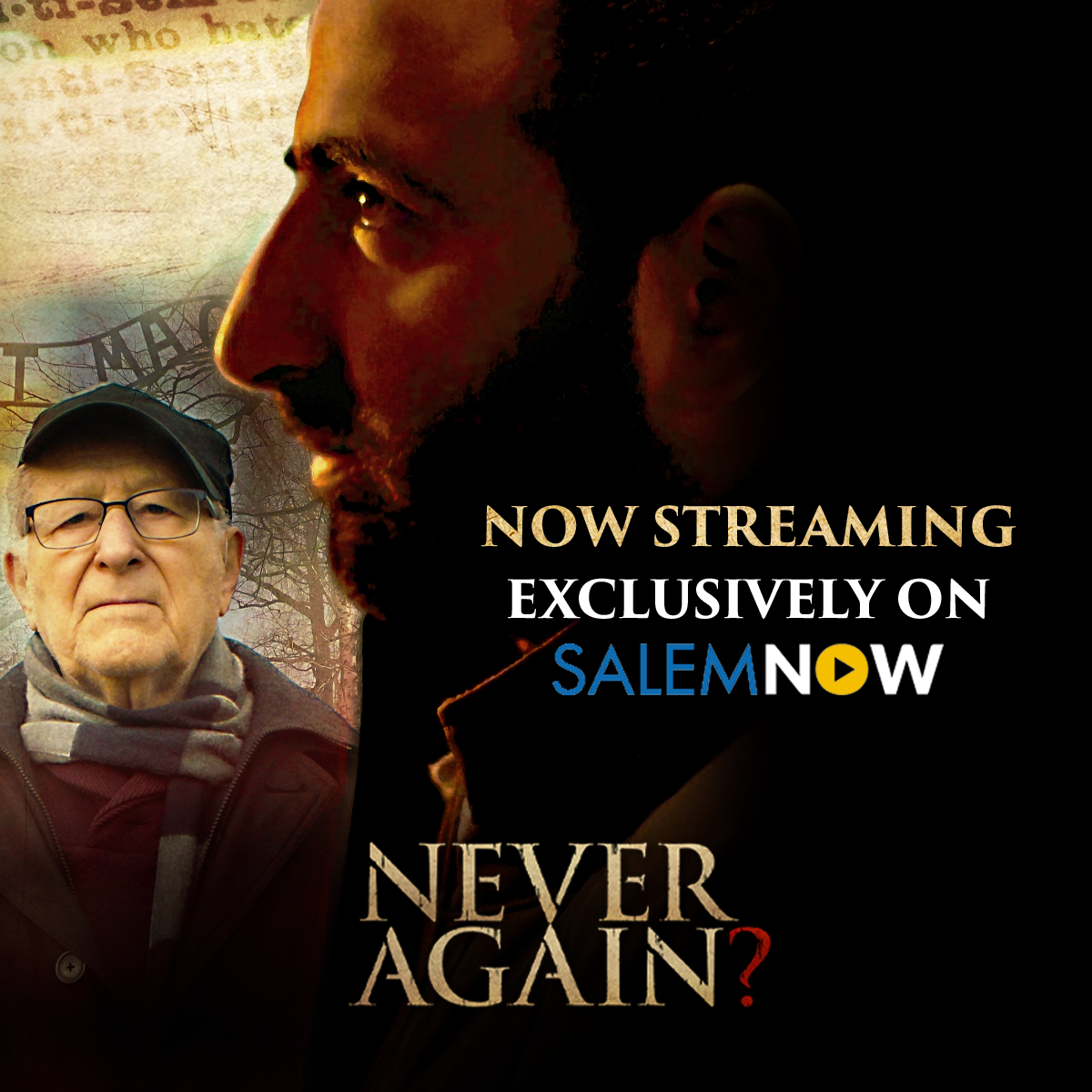 You can also read CUFI’s e-book “The Sin of Silence” to learn about the sinister propaganda movement to deny the Holocaust and diminish its consequences, and to equip yourself with the truth about this dark period in history so you can speak up about the sins of the past.

Watch The Watchman Episode 141: On the Ground at Auschwitz – Why It Still Matters Today.