October 9, 2018 SAN ANTONIO – On Tuesday, Christians United for Israel (CUFI), the nation’s largest pro-Israel organization, announced that a film produced by the group’s Israel Collective initiative won the best “Documentary Short” category for September from the Los Angeles Independent Film Festival Awards. The film, School of Peace, School of Hope, focuses on a school started by a group of Israelis in Lesbos, Greece which provides education to Middle Eastern child refugees.

“The School of Peace embodies the Israeli spirit. Started by Jewish and Arab Israelis, supported by Israeli aid organizations, and with instruction led by Middle Eastern refugees, this school brings together people from different worlds in common cause, showing everyone involved that we are not really that different after all,” said Israel Collective co-coordinator Raj Nair.

“I’m so proud of our team for bringing this deeply moving story to the public and very grateful for the recognition our film has received. I encourage everyone to take a few moments and learn about this heartwarming and impactful Israeli-led effort,” noted CUFI co-executive director Shari Dollinger.

This is the second Israel Collective film to receive a top tier honor. In 2015, the film, Exposing the Heart of Israel, was designated an “Official Selection” by the American Public Health Association.

“At the Israel Collective, we are committed to telling Israel’s story to the upcoming generation of Christian leaders. Christian support for Israel is rooted in Biblical values including a deep love of peace and tolerance. Israel’s approach to the world exemplifies the modern value system of millions of Millennial Christians across the US and around the world,” added Israel Collective co-coordinator Josh Ahrens.

The Israel Collective, an initiative of Christians United for Israel, was founded in 2014 by a team of young Christian leaders dedicated to building vibrant relationships between American Christians and the people of the Holy Land.

With more than 4.3 million members, Christians United for Israel is the largest pro-Israel organization in the United States and one of the leading Christian grassroots movements in the world. CUFI spans all fifty states and reaches millions with its message. Each year CUFI holds hundreds of pro-Israel events in cities around the country. And each July, thousands of pro-Israel Christians gather in Washington, D.C. to participate in the CUFI Washington Summit and make their voices heard in support of Israel and the Jewish people. 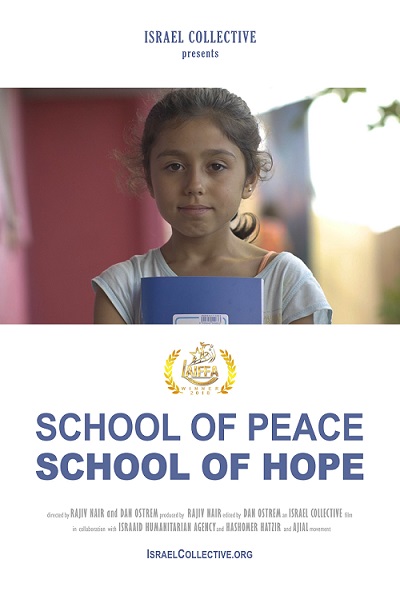