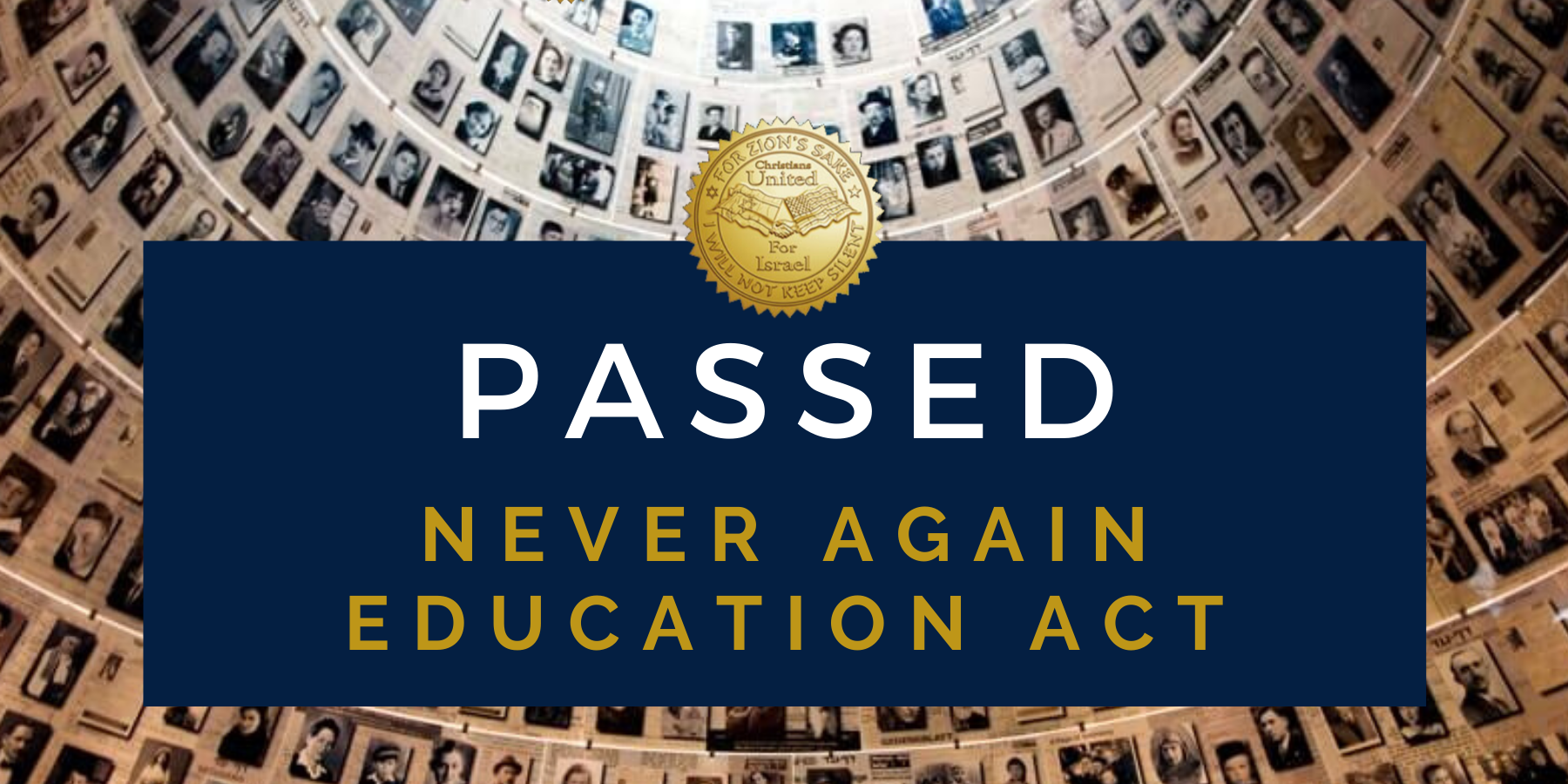 WASHINGTON – On Wednesday, the leadership of Christians United for Israel (CUFI), the nation’s largest pro-Israel organization, issued statements welcoming Congressional passage of the Never Again Education Act, which passed by unanimous consent on Wednesday. The bill had previously advanced through the House of Representatives with overwhelming support and now heads to the President’s desk for his signature.

“If there exists a silver bullet to defeat the spread of bigotry and hatred, it is education. Through this legislation, teachers around the country will have federal support in their efforts to stamp out anti-Semitism by teaching about its abhorrent consequences,” said CUFI founder and Chairman Pastor John Hagee.

“CUFI’s 8 million members have made combating the rising tide of anti-Semitism a top priority, and we are extremely grateful for the tremendous bipartisan support the Never Again Education Act has enjoyed in both Capitol chambers,” Hagee added.

“The Never Again Education Act was one of our top legislative priorities. This success would not have been possible without the exceptional leadership of Senators Rosen, Cramer, Murkowski and Manchin, and their House colleagues, Representatives Maloney and Stefanik.  In addition, we are grateful to Hadassah for their partnership on this effort. We look forward to this bill being signed into law by the President without delay,” said CUFI Action Fund Chairwoman Sandra Parker.