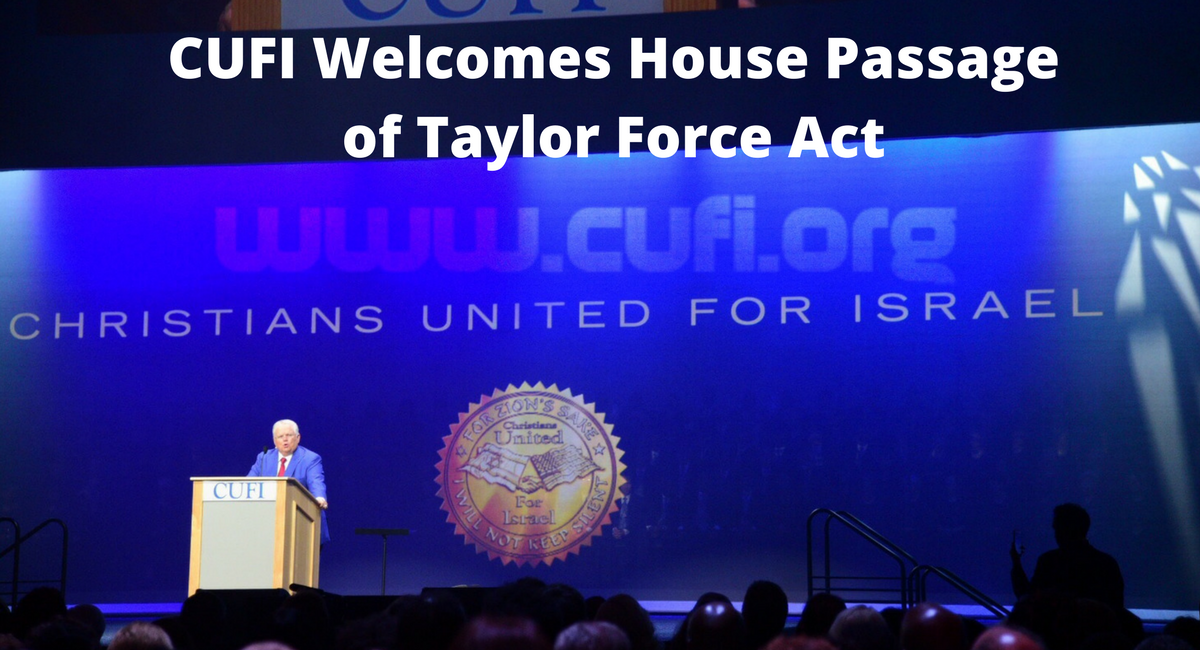 “We are very pleased the House passed this legislation and look forward to the Senate doing the same. The Palestinian Authority’s pay-to-slay policy must end, but at a minimum US taxpayers will no longer be complicit in the PA’s support for terror,” said CUFI founder and Chairman Pastor John Hagee.

The Taylor Force Act has been at the forefront of CUFI’s legislative agenda for a year. The organization’s members have sent more than 1 million emails to Congress in support of the bill and it was one of just three items CUFI lobbied in support of during the group’s most recent Washington Summit.

“It’s rare that an issue in Washington is so clear cut and unambiguous, but CUFI was the first major pro-Israel organization to publicly support the Taylor Force Act because we simply cannot abide American taxpayer dollars going to an entity that incites violence and pays terrorists,” said CUFI Action Fund Chairwoman Sandra Parker.

“We are grateful to Chairman Ed Royce, Ranking Member Elliot Engle, and Rep’s Doug Lamborn and Lee Zeldin for their leadership on this legislation. And we look forward to continuing to work with our partners in the Senate to see this bill land on the President’s desk,” Parker added.

“CUFI was the first pro-Israel organization to publicly support the Taylor Force Act, and we have made it our legislative priority ever since. We are pleased to see these efforts pay off with House passage.  We will remain laser focused on this legislation until it passes the Senate, is signed into law and strictly enforced,” said CUFI founding executive director and board member David Brog.